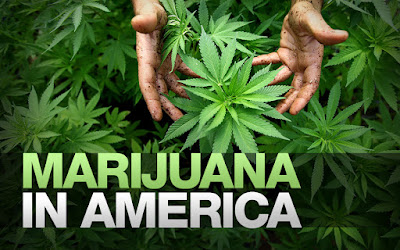 As I have noted on this blog and in my VEER Magazine column, rigid enforcement of marijuana laws against recreational users costs Virginia (and other states) millions and millions of dollars each year.  Worse yet, a marijuana conviction leaves young offenders with permanent criminal records that make securing good paying jobs in the future difficult, if not impossible. And as a crowning glory, such laws are disproportionately enforced against minorities who not only are arrested more frequently but who often cannot afford legal counsel who can facilitate a lesser sentence.  In short, enforcement of such laws creates an underclass and permanently stigmatizes countless young individuals.  So what is Der Trumpenführer proposing?  A crack down and stepped enforcement of federal marijuana laws.  Funny how the issue of transgender rights should be left to the states, but not marijuana laws.  Oh, and meanwhile, Trump wants to revert back to the use of private, for profit prisons.  One cannot help but wonder if he owns stock in such operations.  Here are highlights from Time on this wrongheaded effort:

The Trump Administration will step up enforcement of federal laws on recreational marijuana in states where its use is legalized, the White House said Thursday.

Asked about the conflict between federal laws barring recreational marijuana and the handful of states that allow it, White House spokesman Sean Spicer said the Administration would change direction from the more permissive approach under President Obama.

"I do believe you'll see greater enforcement of it," Spicer told reporters Thursday during the White House briefing.

It would represent the latest policy shift from the Obama Administration, which declined to enforce federal laws in states that legalized weed, such as Colorado and Washington, as long as the states regulated the marketplace. As he prepared to leave office, former President Obama came out in favor of legalizing marijuana.

Spicer repeatedly linked the use of marijuana to the nationwide opioid abuse epidemic, suggesting without offering proof that marijuana is a gateway drug to more serious substances.

Earlier in the briefing, Spicer touted the president and the GOP's commitment to deferring to the states over the federal government on controversial issues.

“We are a states’ rights party," he said while discussing a reversal of Obama-era guidance on transgender student bathroom use.

Let's be clear, Spicer and his boss are a**holes.  Oh, and did I mention that marijuana convictions often disenfranchise the disproportionately number of blacks who are prosecuted?  It all fits nicely with Trump's white supremacist agenda. .
Posted by Michael-in-Norfolk at Friday, February 24, 2017