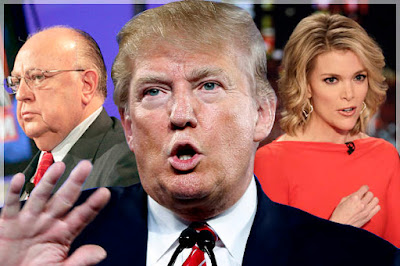 One of the problems with American society today is the fact free bubble in which much of the far right exists.  Many of the right have literally no knowledge of what is really happening in the world and the causation behind events.  One of the main purveyors of this embrace of ignorance and deliberate refusal to objective reality has heretofore been been Fox News - or Faux News on this blog.  Now, Republicans appear to be abandoning Fox News, because the network is not sufficiently un-tethered to reality.  What is frightening is that many of those walking away from Fox News will likely gravitate to even more ignorance based "news" outlet.  Perhaps these people fleeing from Fox News will opt to make Storm Front or perhaps The Crusader, the KKK's official newspaper as their preferred source of "news."  Salon looks at the phenomenon.  Here are excerpts:

Since January, Fox News has seen a precipitous drop in its reputation amongst its mostly conservative viewership — falling to 50th place on a list of brands most trusted by Republicans over the past two years.

In 2014, the most dominant cable news channel was the 10th best-perceived brand by Republicans, according to AdAge. But in a YouGov Brand Index survey released at the end of February 2016, the perception of Fox News among Republicans had “declined by approximately 50 percent since January of this year” — to a three-year low.

And in a just-released 2016 YouGov BrandIndex ranking, Fox News’ position plummeted to outside of the top-20 for the first time.

Trump’s feud with Kelly tarnished the networks’ perception amongst viewers who suspected an anti-Trump bias. And while Trump still found safe refuge at “Fox & Friends” and even had Fox News host Sean Hannity appear in a campaign ad on his behalf, the blatant boosting alienated supporters of other Republican candidates.

Then one of the network’s most veteran female anchors accused former Fox News CEO Roger Ailes of sexual harassment.

After Gretchen Carlson filed a blockbuster lawsuit against the Fox News boss, the network saw its biggest shake-up with the retirement of longtime host Greta Van Susteren and the ousting of Ailes — who went on to join the Trump campaign as an adviser.

Enter Trump.TV. As Salon’s Matthew Sheffield’s explained, Trump will be ideally situated to benefit from the demise of the Fox News brand among Republicans. Reports since Ailes’ ousting indicate that Rupert Murdoch and sons Lachlan and James, who help run parent company 21st Century Fox, plan to begin shedding the network’s image as a right-wing media outfit in favor of a more serious journalistic effort.

Host Shepard Smith recently told the Huffington Post that Murdoch indicated after the Ailes scandal that he planned to make Fox News “the best news organization in the America.”

But a more mainstream news source is not what Republican viewers want. While Fox News’ reputational ranking went down, Republicans still despise both CNN and MSNBC much more. CNN and MSNBC were ranked 1,470 and 1,471, respectively.

“If you’re tired of biased, mainstream media reporting (otherwise known as Crooked Hillary’s super PAC), tune into my Facebook Live broadcast,” Trump told his supporters ahead of the third presidential debate Wednesday. According to the Financial Times, the nearly four hours of coverage had 8.9 million views by Thursday afternoon.