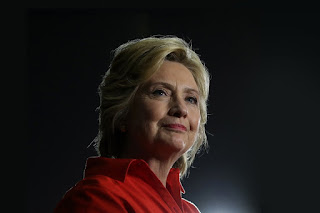 It seems as if at least every other day a traditionally pro-Republican newspaper is coming out and endorsing Hillary Clinton for president.  As best I can tell, no significant newspaper anywhere in America has endorsed Donald Trump. Like so many other historically conservative newspapers, the Omaha World-Herald labels Donald trump as simply too dangerous of a choice and states that the only prudent choice is Hillary Clinton. Although not a Hillary fan - I backed Obama in 2008 - I have warmed to her, especially with trump being the only other real option.  Here are highlights from the World-Herald endorsement:

There is little question that the presidential election of 2016 is perhaps the most unusual in our lifetimes.

Both of the major-party candidates, Democrat Hillary Clinton and Republican Donald Trump, have unheard-of negative approval ratings, with more than half the country viewing both of them unfavorably. Many votes will be cast this year AGAINST a candidate, rather than FOR a candidate.

The stakes are high. The United States has a debt — let’s call it outstanding loans — totaling nearly $20 trillion. The annual deficit totals an estimated $590 billion, which increases the national debt total each year.

The Middle East is a powder keg, threatening the stability of the world in general. . . . Multiple Supreme Court appointments are likely to take place during the new president’s term. Racial tensions are spilling over into actions in some communities across the country.

With that much on the line, the prudent vote would go toward the least risky candidate for president. Put another way, the candidate who would have the best chance to implement changes by working with Congress, foreign and domestic leaders and military leaders under normal circumstances as well as during a crisis.

That candidate is Hillary Rodham Clinton.

This endorsement comes after careful consideration and with some trepidation. . . . With that said, Clinton’s legislative experience and decades of political involvement — as first lady of Arkansas, first lady of the United States, U.S. senator from New York, secretary of state and two-time presidential candidate — make her the better prepared of the two major candidates for the office of president of the United States.

The risk of a Donald Trump presidency is simply too great.

His alienation of so many groups — women, the disabled, Muslim-Americans, former prisoners of war, the family of a Muslim soldier killed in action, Mexican nationals and Mexican-Americans — is too divisive.

Trump shows a lack of statesmanship that is fundamental to serving in the Oval Office.

He has revealed a lack of command over key issues, such as the nation’s nuclear triad, Russian aggression and the significance of NATO alliances, paired with a propensity for unrealistic hyperbole, such as his promise to end all crime and violence in the country, or to build a wall on the U.S. border with Mexico and have the Mexican government pay for it, with no pragmatic path to achieve such aims.

His claim that he would have Iranian gunboats “shot out of the water” for taunting a U.S. Navy ship shows a reckless response that could trigger yet another Middle East war.

A man who lashes out impulsively when attacked should not be entrusted to command the world’s most powerful military.

These issues, coupled with his statements regarding women, including the taped comments about grabbing women’s genitals and forcing kisses on them, simply make it too difficult to inspire confidence in him as president and commander-in-chief.

Posted by Michael-in-Norfolk at Tuesday, October 18, 2016