How Changeable Is Gender? 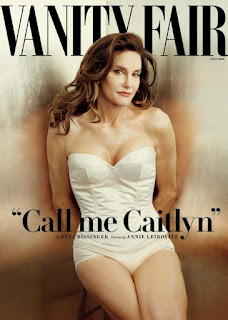 I've often noted that being gay and coming to terms with one's sexual orientation is not easy, especially for those of my generation or older who spent their teen years in an era where homosexuality was literally treated as a form of mental illness.  Hence, my years in therapy (the first years were focused on overcoming the anti-gay poison I was exposed in the Catholic Church) and two serious suicide attempts.   That said, what we gays experience is mild compared to the treatment experienced by those who are transgender.  I admittedly cannot wrap my head around what that experience must be like, but I do know that what these individuals feel is real.  An op-ed in the New York Times looks at gender identity. Some of what the author has to say may well outrage the transgender community.  Other aspects of the piece my be applauded.  Like it or hate it, the article does underscore something: (i) as with gays and lesbians, the brains of those who are transgender individuals differ from those of their heterosexuals counterparts, and (ii) the differences happen before we are born.  Here are a few column highlights:

We’re learning to be more accepting of transgender individuals. And we’re learning more about gender identity, too.

[R]ecent neuroscience research suggests that gender identity may exist on a spectrum and that gender dysphoria fits well within the range of human biological variation. For example, Georg S. Kranz at the Medical University of Vienna and colleagues elsewhere reported in a 2014 study in The Journal of Neuroscience that individuals who identified as transsexuals — those who wanted sex reassignment — had structural differences in their brains that were between their desired gender and their genetic sex.

He used a high-resolution technique called diffusion tensor imaging, a special type of M.R.I., to examine the white matter microstructure of subjects’ brains.


In other words, it seems that Dr. Kranz may have found a neural signature of the transgender experience: a mismatch between one’s gender identity and physical sex. Transgender people have a brain that is structurally different than the brain of a nontransgender male or female — someplace in between men and women.

It turns out that the sexual differentiation of the brain happens during the second half of pregnancy, later than sexual differentiation of the genitals and body, which begins during the first two months of pregnancy. And since these two processes can be influenced independently of each other, it may be possible to have a mismatch between gender-specific brain development and that of the body.

Is it really so surprising that gender identity might, like sexual orientation, be on a spectrum? After all, one can be exclusively straight or exclusively gay — or anything in between. But variability in a behavior shouldn’t be confused with its malleability. There is little evidence, for example, that you really can change your sexual orientation. Sure, you can change your sexual behavior, but your inner sexual fantasies endure.

The critical question is not whether there is a range of gender identity — it seems clear that there is. Rather, it is to what extent and in which populations gender identity is malleable, and to what extent various strategies to change one’s body and behavior to match a preferred gender will give people the psychological satisfaction they seek.

Readers may or may not agree with some of the other views of the author, but one thing is clear.  Being transgender is real and not some made up experience.  No one chooses to be gay and no one chooses to be transgender.   We are born this way and we deserve to be respected and treated equally.  Not understanding someone's experiences and/or differences does not make the mistreatment of others acceptable.  Being gay, being transgender, being black, or being some other racial minority is not something that any of us got to choose.  We need to learn to allow everyone to live their life and respect differences.  Those most opposed to this are, sadly, typically are the ignorance and hate embracing Christofascists.  When the Christofascists seek to depict the those who are transgender as would be sexual predators seeking to prey on women and girls, it underscores what horrible people they truly are. It is they who need to be the societal outcasts.

From the time I could remember, without a doubt I knew I was male. But I am 56 years old, and at that time anyone who didnt toe the gender line or the sexuality line was beaten by their parents to make them straight. There were times I buried it, so deep I forgot about it, but something would awaken it within me and then my self hate would emerge once again.

The sad thing is that the trans ladies have rather co-opted the trans experience until just lately. It wasn't until I was nearly 50 that I realized that there was such a thing as female to male trans folks. I had no idea what was wrong with me, why I believed myself to be male.

thank you for posting this.