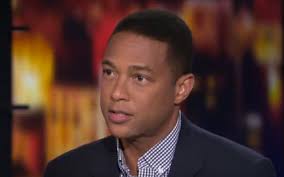 CNN host Don Lemon has since criticised the “gay shaming” reports by his network, whilst condemning the tragedy.

He went on to say: “I don’t want to gay-shame him. There’s nothing wrong with being gay. I’m sure he probably faced some discrimination, as we all do, and that’s horrible. But it still does not condone his actions two days ago.”

Kudos to Lemon (in the interest of disclosure, we are Facebook friends)! CNN has never been my preferred news outlet and now, I will watch it even less.
Posted by Michael-in-Norfolk at Saturday, August 29, 2015