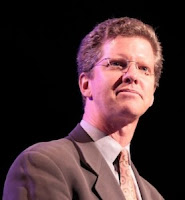 In a move that will have Christianists and professional Christians shrieking and wailing, the Secretary of the Department of Housing and Urban Development (pictured at left) has introduced sweeping new regulations that will afford LGBT citizens and families protections in housing related programs and insurance programs that receive federal funding. Among the areas impacted will be including Section 8 housing, emergency shelters, and other social services, as well as lending for FHA-insured mortgage financing. Such protections even if of limited application are welcomed inasmuch as currently in Virginia - and many other states - LGBT citizens have absolutely no non-discrimination protections. The move is long overdue. Now if only similar regulations would be implemented in the realm of employment non-discrimination. Here are highlights from Think Progress' coverage:

Speaking today [Saturday] at the National Conference on LGBT Equality: Creating Change in Baltimore, HUD Secretary Shaun Donovan introduced a broad and sweeping set of new nondiscrimination protections the department will be implementing. Under the new guidelines, any program that receives funding or insurance through HUD will be prohibited from discriminating on the basis of sexual orientation or gender identity. . .

In addition, all such programs will now be required to recognize same-sex and otherwise LGBT families — regardless of their marital status or the adoption status of their children — to ensure they can stay together as a family unit when accessing HUD resources.

In his remarks, Donovan explained the significance of these changes:

DONOVAN: And so, first and foremost, this rule includes a new equal access provision that prohibits owners and operators of HUD-funded housing, or housing whose financing we insure, from inquiring about an applicant’s sexual orientation or gender identity or denying housing on that basis. If you are denying HUD housing to people on the basis of sexual orientation or gender identity—actual or perceived—you’re discriminating, you’re breaking the law – and you will be held accountable. That’s what equal access means – and that’s what this rule is going to do. . . . the rule also makes clear that sexual orientation and gender identity should not and cannot be part of any lending decision when it comes to getting a mortgage insured by the FHA – part of HUD.

The National Gay and Lesbian Task Force has additional coverage. Here are highlights:

The new rules, to be published next week, will help LGBT people and their families across the country stay in their homes, get the loans they need to buy homes, and access life-saving federal assistance programs to help get low-income people and families back on their feet.

Donovan is the first sitting Cabinet secretary in history to speak at the National Gay and Lesbian Task Force’s National Conference on LGBT Equality: Creating Change, the country’s largest annual gathering of LGBT rights advocates. They have been meeting this week in Baltimore to strategize and mobilize in this critical election year.

“I’m here this afternoon because our president and his administration believe the LGBT community deserves a place at the table — and also a place to call home. Each of us here knows that rights most folks take for granted are routinely violated against LGBT people,” Donovan said.

While I'd prefer to see these non-discrimination protections afforded by statute, the regulations are hopefully a beginning. While likely motivated by Obama's re-election effort, the regulations are yet another blow against the special rights given to anti-Christians for far too long.
Posted by Michael-in-Norfolk at Sunday, January 29, 2012