Is Hollywood Opening Its Arms to Gay Characters and Families? 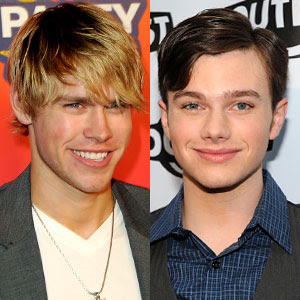 By many accounts it is still taboo in Hollywood for a gay or lesbian actor to be openly gay because the powers that be worry that being gay may hurt an actor's star quality. This stereotype may be true with movie goers and TV viewers over 60 who would discriminate against a gay or lesbian actor, but in therms of the younger generations - generations like that of my children - I suspect that they could care less. If the actor is good and the story line is well written, I suspect that most could care less about who the actor goes home to at the end of the day. Look at Neil Patrick Harris and his two new Emmy nominations as a case in point. Yes, things are different within the ranks of the Christo-fascists - Peter LaBarbarea and Tony Perkins nearly wet themselves at the mere mention of openly gay actors or - the horror - gay related story lines. Whatever is motivating Hollywood, I applaud it because every show or movie that depicts LGBT citizens as normal Americans undercuts the hate and lies disseminated by our enemies. USA Today makes the case that the battle against Hollywood's acceptance of gay characters and gay families has already been lost notwithstanding the hysterics and threatened boycotts of the professional bigot, I mean Christian set. Here are highlights for an article in today's issue of USA Today (BTW, the photo is from eonline.com which reports that Kurt on Glee is going to have a new b/f in the coming season):
*
When it comes to gay marriage and gay families, politicians are still bickering and courts are still deliberating. But in entertainment, it's all over but the shouting. Hollywood, which once routinely depicted gay people as miserable, dysfunctional or tragic, now produces movies and TV shows — such as this summer's film The Kids Are All Right, ABC's Modern Family and Fox's Glee — in which gay relationships and gay families are portrayed as just like other families — normal, unremarkable, no big deal.
*
"The general trajectory has them transitioning from minstrel acts and punch lines to relatable everyday characters," says David Hauslaib, founder of Queerty, a media-watching blog "by and for the queer community." He adds, "It's a new era where (being a gay family) is no longer a significant part of the story." Why is this happening now? Is Hollywood following the culture, or is the culture following Hollywood?
*
Jarrett Barrios, president of GLAAD, the Gay and Lesbian Alliance Against Defamation, says it's no accident that positive depictions of gay families are increasing. "These stories are interesting, they're edgy, they make for good entertainment," he says. "Hollywood is a business, so they're telling good stories because it's good business. Gay, lesbian, bisexual and transgender people have stories that are capturing the imaginations of Americans because fundamentally, we're as American as everyone else."
*
"It shows how regular our families are; it goes a long way toward gay and lesbian families introducing ourselves to straight families as not that much different," says Dustin Lance Black, the writer/director who won an Oscar for the screenplay of Milk, about murdered San Francisco politician Harvey Milk (played by straight actor Sean Penn, who won an Oscar). Milk was the first openly gay man elected to public office in California. "And unlike in Milk and so many (past) gay movies, the lead characters don't die," Black adds.
*
"The overarching movement is in the culture," says Stephanie Coontz, history professor at Evergreen State College in Olympia, Wash., and an expert on contemporary families. "Hollywood never had the courage or strength or ability to get positive portrayals of gays until things began to change in the culture at large. "When it did, Hollywood jumped on it. But they couldn't do it unless marketers and investors realized there's an audience for it."
*
Like it or not, LGBT Americans are slowly winning the culture wars and folks like Peter LaBarbera and Victoria Cobb at The Family Foundation are becoming more and more an anachronism. Yes, they will continue to pitch a fit and spew hatred and religious based bigotry, but their constituency is fortunately dying off. They'll become more hysterical and hate filled before their cause withers away - and they are forced to get real jobs as opposed to acting as parasitic opportunists. But the good news is that time and education are on the side of equality under the civil laws.
Posted by Michael-in-Norfolk at Tuesday, August 24, 2010