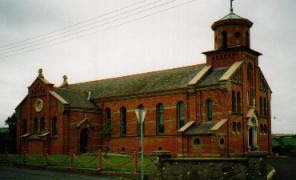 It will be interesting to see whether Ireland does a better job of holding senior members of the Roman Catholic Church hierarchy accountable for their malfeasance in covering up the sexual abuse of minors and protecting predator priests. Sadly, in the USA both the federal government and the mainstream media are too cowardly to take on a major denomination like the Catholic Church no matter how despicable the actions of its leadership may be. It is hardly being "anti-religion" to prosecute those who were accessories to or who covered up crimes against children and youth. Yet most of the 2/3's of Bishops who covered up for predator priests got ff scot free, some even being promoted to higher office (e.g., now retired Cardinal Egan of New York City) Here are some highlights from the Daily Record:
*
IRISH premier Brian Cowen told yesterday of his shock at the 30-year cover-up of child abuse by the Catholic church. He demanded that those responsible for shielding paedophile priests be brought to justice. Cowen said the Murphy Report into child sex abuse in the Dublin Archdiocese was a crushing verdict that the good name and standing of the Church was placed above the basic safety of children. He added: "It was a betrayal of trust and a complete abandoning of duty.

The report revealed hundreds of allegations of child sex abuse were kept hidden by senior churchmen, who were obsessed with secrecy and upholding the reputation of the Church and their assets. It found the main loyalty of bishops, who moved abusive priests from parish to parish, was to the Church.

[Irish Prime Minister]Cowen added that "there must be no ambiguity about the fact that all institutions and individuals are answerable to the law of the land, whatever their status".
Posted by Michael-in-Norfolk at Sunday, November 29, 2009