Homophobia is Killing Our Kids 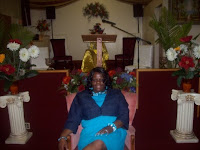 The Fort Wayne Frost Illustrated, a weekly paper aimed at the black community, is carrying a timely opinion piece that looks at homophobia in the black community and the dire consequences it has on black LGBT youth. The problem, of course, is not unique to the Fort Wayne area. In the Hampton Roads area, some of the most vocally homophobic churches are black churches which are frequently cynically manipulated by the former segregationists within lily white "family values" organizations to attack any effort for gay-supportive legislation. Even though these family values groups in the final analysis are not only anti-gay but also anti-black and anti-immigrant as well. Meanwhile, there is a HIV/AIDS epidemic in the local black community which these same black churches often pretend does not exist. Here are some highlights from the opinion piece entitled "Homophobia is Killing Our Kids":
*
Last week I watched in horror as ministers, church officials, and parishioners of a black Connecticut church, Manifested Glory Ministries, invoked the name of Jesus to release the "gay demons" supposedly possessing the soul of a 16-year-old boy. What I was watching was not a horror movie but a YouTube video clip that had been sent to me by a friend. The clip opens with the young man lying on the floor as a woman stands over him shouting, "Get on up out of here you homosexual demon! I command you by the blood of Jesus! You are a spirit that is not of God!"
*
While those outside of fundamentalist religious traditions are shocked when they see or hear about such things, scenes like this are not uncommon to those of us who were raised inside of that tradition. We grew up seeing well meaning men and women of God performing rituals like this on people who church officials and parishioners believed were possessed by demons and evil spirits. So I am not surprised to know that this practice still goes on. I am, however, deeply saddened and outraged to know that the bigotry and ignorance that acts like this expose still hold such powerful sway over those who should know better. Perhaps most frightening is that these are good people who thought they were doing the right thing and were utterly sincere in their belief that this bizarre ceremony could actually turn a young gay man into a straight one.
*
The incident at Manifested Glory Ministries is only one of hundreds of similarly destructive incidents that happen every single day in churches, homes, and schools all across the country. GLBT youth are in crisis; not because they are homosexual but because far too many people foster a mindset of homophobia and fear. Even the perception of being gay is enough to cause young people to be terrorized and harassed. . . . In February of this year, three middle school students in Illinois all killed themselves in response to prolonged anti-gay harassment and bullying. Just this past April, only days before his 12th birthday, a young black boy, Carl Joseph Walker- Hoover, hanged himself because he could no longer endure the taunts, bullying, and anti-gay slurs hurled at him on a daily basis by his peers. And just 10 days after Walker- Hoover's death, another young boy of color, Jaheem Herrera, also hanged himself because of an unrelenting barrage of threats, bullying, and anti-gay slurs.
*
We in the black community have a long tradition of treating others with generosity, kindness, love, and compassion. Surely we can find better ways to deal with issues of sexuality than attempting to "exorcise" someone of his or her identity. Homophobia is killing our youth, and the high level of religious conservatism, ignorance, and misunderstanding surrounding gender and sexual identity issues in communities of color puts our youth at even greater risk for death. In many cases, the deaths of GLBT teens have been literal, but more often than not GLBT youth suffer an emotional, psychological, and spiritual death.
*
As an African-American I cannot help but wonder: how many more young black men and women have to be called out of their names, bullied, harassed, and exorcised of their "gay demons" before we open our eyes and see the damage we are doing? Can we learn to love and accept them just as they are and teach them how to love and accept themselves in return? I say yes, we can.
*
The author of this timely and very relevant piece is E.N Jackson, a freelance writer and Fort Wayne resident. I commend her for speaking out as she has. Comments can be sent to her at treeofwysdm@gmail.com. Visit her blog at thebeehive09.blogspot.com.
Posted by Michael-in-Norfolk at Wednesday, July 22, 2009