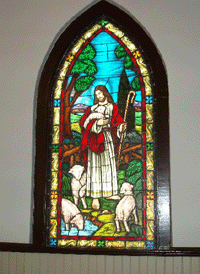 For more than 150 years Virginia has remained in the rear guard among those states rejecting modernity and equality be it based on race or sexual orientation. As is all too typical in this state, even though national trends and policies change and move forward towards equality for all, the Southern Virginia Diocese has decided to act in the usual Virginia manner and ignore the recent changes voted on by the national church that allow gay bishops and marriage like ceremonies for same sex couples. But for the boyfriend's successful salon, I swear that nothing would make me happier than to leave this benighted and backward state. Here are some highlights from the Virginian Pilot on the Southern Virginia Diocese's to reject change and full equality:
*
The Episcopal Diocese of Southern Virginia will continue not to marry or bless same-sex couples despite tentative movement in that direction by the national denomination last week. "Nothing in our policies about either has changed," Bishop Herman Hollerith said in his blog this week. He leads the diocese, which encompasses Hampton Roads.
*
Hollerith said meetings in the diocese will allow congregants to discuss the convention's decisions.
Debate over gay ordination and same-sex unions has shaken the denomination since it approved in 2003 the ordination of a non-celibate gay man as New Hampshire's bishop.
*
I had hoped to perhaps join the Episcopal Church if the Evangelical Lutheran Church in America fails to adopt pro-gay resolutions at the Churchwide Assembly next month, but apparently to make the change worthwhile I'd need to move rather than change denominations.
Posted by Michael-in-Norfolk at Tuesday, July 21, 2009