Megachurch Under Senate Scrutiny Took in $69 Million in 2006 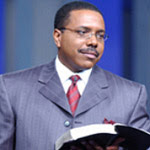 I previously posted a piece on the fact that the U. S. Senate Finance Committee is investigating certain evangelical religious ministries. This Washington Post article (http://www.washingtonpost.com/wp-dyn/content/article/2007/11/11/AR2007111100540.html?hpid=sec-religion) gives an idea of the amounts of money these - in my view, flim flam - operations are raking in from the unwary. We are talking about major money, which supposedly is going to support a religious/charitable purpose, not lavish life styles. NOTE: Dollar complains about the scrutiny, ignoring the fact that the church is enjoying exemptions from taxes paid by other personal money making endeavors. Likewise, he does not disclose the source of his "personal fiances" which could well be from the "church." I think I need to start myself a "ministry" so I can begin living the good life. :) Here are some highlights:

ATLANTA -- An Atlanta megachurch took in $69 million in 2006, according to a financial statement the church's minister released in response to a Senate investigation into him and five other well-known televangelists. The Rev. Creflo Dollar disclosed the World Changers Church International's financial information to The Atlanta Journal-Constitution, but said the money he spends is his own.
Sen. Chuck Grassley of Iowa, the top Republican on the Senate Finance Committee, launched an investigation into the finances of six ministers after hearing reports of some preachers' lavish and opulent lifestyles. In a letter last week, he requested answers by Dec. 6 to questions about their executive compensation and amenities, including use of fancy cars and private jets.

Dollar questioned the investigation's focus on religious groups. The minister is among the religious leaders who preach the "prosperity gospel," the teaching that God will shower faithful followers with material riches. But he said he uses only his personal finances to pay for his luxuries.
Posted by Michael-in-Norfolk at Monday, November 12, 2007