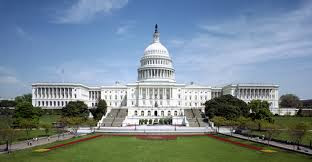 With the latest "good news" projections indicating between 100,000 and 240,000 Americans will die of COVID-19 before the pandemic is over - which assumes strict social distancing even as some states have imposed no lock down orders - Americans need to know what went so terribly wrong.  One will not get this answer listening to Donald Trump's statements during his daily news conferences which are all aimed at political spin.  Nor is his panel of experts inclined to provide the real story either as the members try to deal with a largely out of control situation.  As a consequence, some in Congress want a commission established to review how this disaster happened and, in the process, make sure the USA never again finds itself so unprepared.  Any investigation will likely find that much of the blame traces to the top of the Trump/Pence regime which tried to bury inconvenient facts and spin matters to assist Trump's re-election effort first and foremost.  A piece in the Washington Post looks at the first stages of this effort.  Here are highlights:

When America has recovered from the coronavirus crisis and people are back to work, Rep. Adam B. Schiff thinks Congress should consider a 9/11-style independent commission to examine why the nation was so unprepared for the pandemic.

Schiff, a California Democrat, told me in an interview Monday that his staff has already started working on a discussion draft modeled after the 9/11 Commission, and that he would be talking about the possibility with others in Congress. And he said the House Intelligence Committee, which he chairs, has begun reviewing the committee’s intelligence materials on the pandemic.

“We will need to delay the work of the commission until the crisis has abated to ensure that it does not interfere with the agencies that are leading the response,” Schiff explained in an email. “But that should not prevent us from beginning to identify where we got it wrong and how we can be prepared for the next pandemic.”

A review of the Trump administration’s performance would find many negatives but also some pluses. President Trump’s public statements appeared to minimize the virus and its impact until recently. But the National Security Council staff, led by deputy Matthew Pottinger, a Chinese-speaking former Wall Street Journal correspondent in Beijing, was aggressive.

What accounts for the failure to translate this concern into action? One explosive issue in any inquiry would be whether Trump discounted intelligence warnings because of concerns about the impact of the virus on his reelection campaign. Indeed, the question implicates a broader set of concerns among Schiff and other critics about what they see as the politicization of intelligence, in particular Trump’s firing in February of Joseph Maguire and Andrew P. Hallman, the acting director of national intelligence and his deputy, respectively, and then the replacement of the top two officials at the National Counterterrorism Center (NCTC).

Career officials fear that Richard Grenell, the acting DNI, is trying to shape intelligence that might challenge or embarrass Trump. “Grenell is a professional press spokesman,” said one senior retired intelligence officer, referring to Grenell’s stint as U.S. press spokesman at the United Nations during the George W. Bush administration. “Over the next six months, Trump wants someone [as DNI] who has his back.”

The letter, as described by a Senate source, urged Grenell to consult with the committee before making further changes in the DNI’s office; to keep Congress fully informed about intelligence activities, as required by law; and to refrain from further personnel changes until Trump’s nominee for a permanent DNI had been confirmed or rejected by the Senate. Grenell responded briefly, the Senate source said.

Schiff fears that, as intelligence is politicized, career officers are becoming gun-shy. “I don’t think that there’s any question it’s affecting the work product of the intelligence community,” he told me. There’s less reporting to Congress, with fewer details, on issues that might embarrass Trump, such as election security, Schiff noted.

The coronavirus pandemic has some eerie similarities to 9/11. Trump certainly didn’t cause the virus, any more than President George W. Bush plotted Osama bin Laden’s attacks on Sept. 11, 2001. And Trump’s NSC laudably tried to ring the alarm. But did the White House “connect the dots” and take action that could have reduced the coronavirus damage?

The last thing America needs right now is more partisan squabbling. But when we’re back on our feet, the country needs to know what went wrong. The challenge, now as in 2001, is to prevent the next attack.

Posted by Michael-in-Norfolk at Wednesday, April 01, 2020

What went wrong?
Putting a washed up, entitled, corrupt, racist, sexist,, lying bully in a position of power.
That’s what went wrong.