Medical Expert Who Corrects Trump Targeted By the Far Right 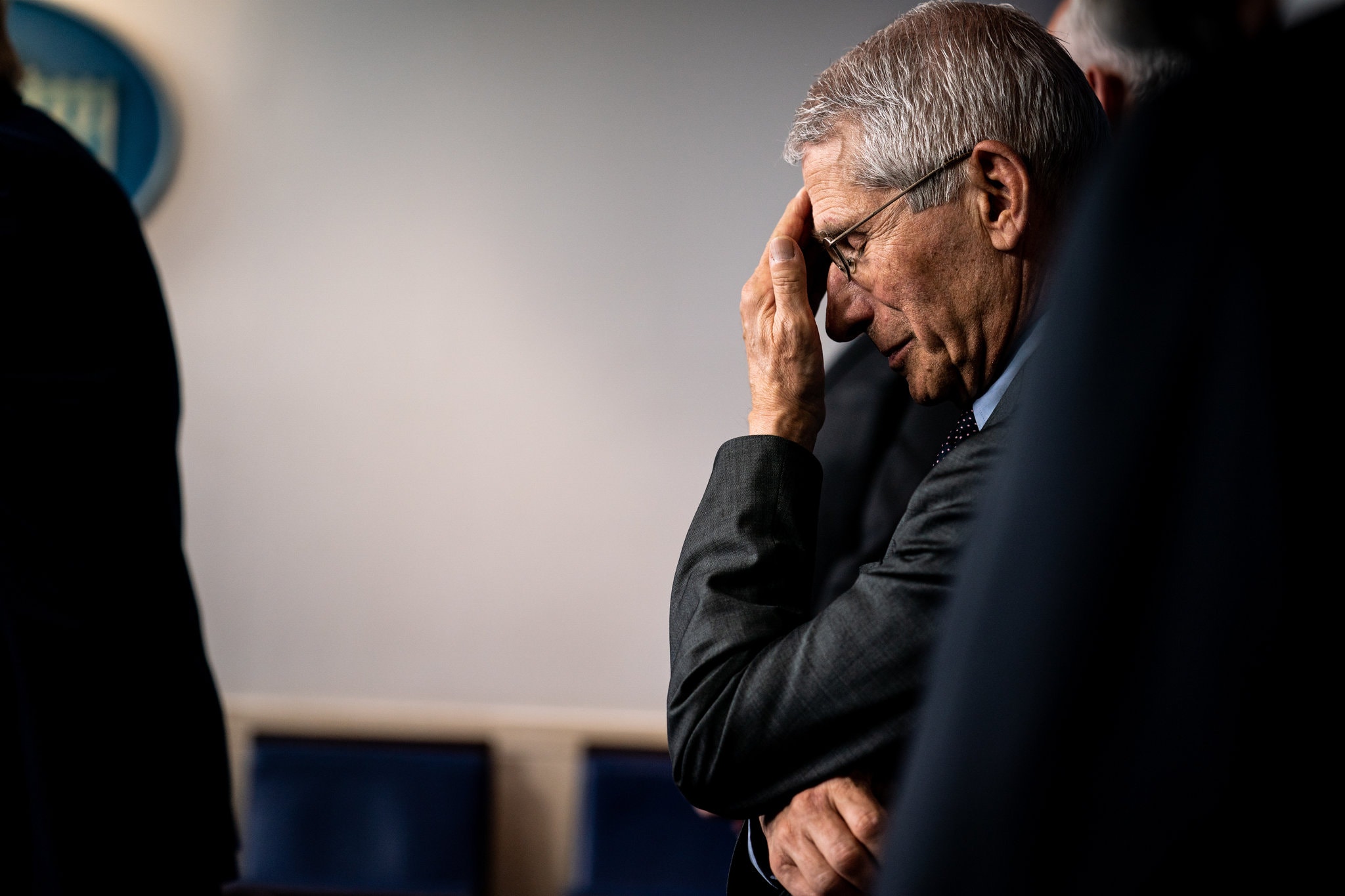 The sickness of the far right in America is truly frightening.  In a time when the nation faces an extreme health threat and people are literally dying, many on the far right are attacking medical experts who, in their sick and warped view, criticize or challenge their "glorious leader," Donald Trump.  The embrace of ignorance and partisanship is stunning yet is in keeping with the Republican Party's descent into a body where ignorance is celebrated, unqualified individuals are appointed to positions because of their extreme ideology, and loyalty to a man who is loyal to no one. The latest preferred target is Dr. Anthony S. Fauci.  Speaking the truth and medically correct information is unacceptable to the Far right and Trump cult members. A piece in the New York Times looks at the right wing lie machine.  Here are excerpts:


At a White House briefing on the coronavirus on March 20, President Trump called the State Department the “Deep State Department.” Behind him, Dr. Anthony S. Fauci, the director of the National Institute of Allergy and Infectious Diseases, dropped his head and rubbed his forehead.

Some thought Dr. Fauci was slighting the president, leading to a vitriolic online reaction. On Twitter and Facebook, a post that falsely claimed he was part of a secret cabal who opposed Mr. Trump was soon shared thousands of times, reaching roughly 1.5 million people.

A week later, Dr. Fauci — the administration’s most outspoken advocate of emergency measures to fight the coronavirus outbreak — has become the target of an online conspiracy theory that he is mobilizing to undermine the president.

That fanciful claim has spread across social media, fanned by a right-wing chorus of Mr. Trump’s supporters, even as Dr. Fauci has won a public following for his willingness to contradict the president and correct falsehoods and overly rosy pronouncements about containing the virus.

The anti-Fauci sentiment is being reinforced by posts from Tom Fitton, the president of Judicial Watch, a conservative group; Bill Mitchell, host of the far-right online talk show “YourVoice America”; and other outspoken Trump supporters such as Shiva Ayyadurai, who has falsely claimed to be the inventor of email.

The torrent of falsehoods aimed at discrediting Dr. Fauci is another example of the hyperpartisan information flow that has driven a wedge into the way Americans think. For the past few years, far-right supporters of President Trump have regularly vilified those whom they see as opposing him. Even so, the campaign against Dr. Fauci stands out because he is one of the world’s leading infectious disease experts . . .

It is the latest twist in the ebb and flow of right-wing punditry that for weeks echoed Mr. Trump in minimizing the threat posed by the coronavirus and arguably undercut efforts to alert the public of its dangers. . . . [right wing “news” outlets] now accuse Democrats and journalists of trying to use the pandemic to damage Mr. Trump politically.

“There seems to be a concerted effort on the part of Trump supporters to spread misinformation about the virus aggressively,” said Carl Bergstrom, a professor of biology at the University of Washington who has studied misinformation.

The Trump administration has previously shown a distaste for relying on scientific expertise, such as when dealing with climate change. But misinformation campaigns during a pandemic carry a unique danger because they may sow distrust in public health officials when accurate information and advice are crucial, said Whitney Phillips, an assistant professor at Syracuse University who teaches digital ethics.

“What this case will show is that conspiracy theories can kill,” she said.

“Fauci has just been particularly prominent,” she said. “But any public health official who gets cast in a conspiratorial narrative is going to be subject to those same kinds of suspicions, the same kinds of doubt.”

On Thursday, he joined a 30-minute Instagram Live discussion about the coronavirus hosted by the National Basketball Association star Stephen Curry.

In the session, Dr. Fauci, with a miniature basketball hoop behind him, conveyed the same message that he had said for weeks about the outbreak. “This is serious business,” he said. “We are not overreacting.”