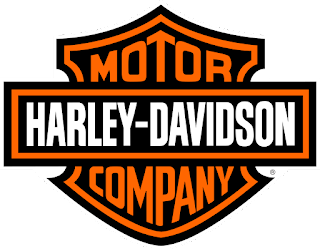 I will admit that I have difficulty feeling any sympathy for Trump voters who are beginning to reap what they sowed when they threw away decency and morality and voted for the malignant narcissist in the White House who ignores the advice of true experts and instead believes the world is a zero sum game and listens to nasty Christofascists and white supremacists.  Many of these voters are finding their health care coverage disappearing or their premiums soaring.  Now, some are beginning to lose their jobs as a result of the bully-in-chief's ill-conceived tariffs and trade war.  Things will likely get worse for them and their dilemma at some point will be whether to continue to put Trump's calls to racially inspired hatred ahead of common sense. Given the actions and statements of some of our "friends" who voted for Trump, I suspect it will be the former - its as if they've had lobotomies and can no longer see reason or even common decency.  A piece in the Washington Post looks at the first job losses coming home to roost.  Here are excerpts:

The first casualties of President Trump’s trade war are 60 workers at Mid-Continent Nail, America’s largest nail manufacturer. They lost their jobs on June 15 at a factory in a part of Missouri that voted overwhelmingly for Trump. The whole company could be out of business by Labor Day.

This is a potential game changer in Trump’s trade strategy, especially if it marks the start of more companies announcing layoffs. On Monday, Harley-Davidson said it will be moving some “production” offshore because of the trade war (Europe hit Harley with a 31 percent tariff in response to Trump’s steel tariffs on Europe). Harley won’t confirm whether jobs are leaving the United States, but the union representing many Harley workers, the International Association of Machinists and Aerospace Workers, is worried.

The Trump administration has argued that these tariffs will save jobs and that the cost to America will be minor. But now there are real job losses. Now there is a human face to the pain that so many trade experts have been warning about.In Missouri, a state with a close U.S. Senate race, the layoffs are already becoming a hot election issue. Sen. Claire McCaskill (D-Mo.) is planning a visit to the nail plant on Friday.

Mid-Continent Nail blames the layoffs on Trump’s tariffs, and the company says all 500 employees could lose their jobs by Labor Day.

The next round of cuts could come in a matter of days.The trouble for the company started at the end of May when Trump put a hefty 25 percent tariff on steel imports from Mexico and Canada. Mid-Continent had been importing steel from Mexico that American workers would then turn into nails.

After the tariff, the company was forced to hike its prices, and customers fled. Orders are a mere 30 percent of what they were a year ago, said George Skarich, the vice president of sales. He suspects many customers are now buying Chinese nails.

The workers who lost their jobs on June 15 were contract workers paid about $10 an hour, but the next round of layoffs will hit longtime employees, many of whom are making $13 to $14 an hour, plus benefits. That's a middle-class job in Poplar Bluff, where the median income is just over $31,000 a year.

[T]he vast majority of economists and business leaders have warned that many more jobs are likely to be lost than saved.

[S]ome parts of the country are likely to be hit hard. Europe, Canada, Turkey and China are targeting their tariffs at towns that voted for Trump.the situation in Missouri is a warning sign of how the tariffs are helping some workers and harming others, and that's tricky politics for Trump, who looks as though he is picking winners and losers.

[Trump’s] focus has been on saving jobs that make raw steel and aluminum, but there are many more jobs that are harmed by the tariffs because they turn raw metal into something else, such as a car or airplane. The longer the tariffs are in place, the more companies are likely to have to make cuts.Experts have warned Trump that the tariffs are likely to cause more job losses than jobs saved, and the early signs of that are starting to play out in small towns south of St. Louis.  As the job losses mount, so may the pressure on Trump.