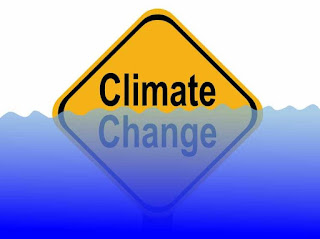 While the Trump/Pence regime works feverishly to destroy the EPA and denies that climate change is occurring, yet another phenomenon is occurring: immense torrential rain events that are causing unprecedented flooding and property damage.  Just this past week, Richmond, Virginia's airport - one that the husband and I use on occasion - was forced to close for several hours as parts of the terminal flooded.  Despite scientific proof that storms are intensifying, a significant portion of the Republican Party base clings to Bronze Age religious belief to deny reality and avoid any responsibility for being part of the problem.  It's as if ignorance is worn by the folks as a badge of honor. A piece in the Washington Post looks at the worsening of storms and the willful ignorance of some as to the causation.  Here are excerpts:


Experts say the immense rains — some spawned by tropical ocean waters, others by once-routine thunderstorms — are the product of long-rising air temperatures and an increase in the sheer size of the storms. Because warmer air can hold more water, large storms are dropping far more rain at a faster clip.

Such rains in recent weeks have deluged the Great Lakes region, the Deep South and the suburbs of major cities along the Atlantic coast. Philadelphia, Charlottesville, and Ocean City, Ellicott City and Frederick in Maryland all have experienced major flooding since mid-May. Several locations in Maryland had their wettest May on record, including Baltimore, which tallied more than eight inches, most of which fell in the second half of the month.“Things are definitely getting more extreme,” said Andreas ­Prein, an atmospheric scientist at the National Center for Atmospheric Research in Boulder, Colo. “You just have to look at the records. All areas of the continental U.S. have seen increases in peak rainfall rates in the past 50 years. . . . And there is a chance that we are underestimating the risk, actually.”

On Friday, Richmond experienced its second-wettest day on record — 7.61 inches of rain, more than the city typically gets in the entire month of June, topping the previous record on Aug. 12, 1955, during Hurricane Connie. The torrential rains in the past week flooded Richmond International Airport, which closed its doors for more than two hours Friday.

Slow-moving thunderstorms on Wednesday triggered widespread flooding in suburban Pittsburgh, where residents posted online videos showing cars, television sets and dumpsters floating down streets and highways. Rainfall rates reached two to three inches per hour during that storm, according to the ­National Weather Service in Pittsburgh.

Several stalled storms last weekend resulted in catastrophic flooding of homes and businesses on the Upper Peninsula of Michigan, prompting Gov. Rick Snyder to declare a state of disaster in the counties affected. In South Texas, days of heavy rain inundated subdivisions with several feet of water, and the Texas National Guard used helicopters to rescue stranded residents.

Several atmospheric researchers said in interviews that they agree with that perception. They say it is getting worse.

Since 1880, global temperature has risen just more than 0.13 degrees per decade, for a total of 1.8 degrees Fahrenheit (1 degree Celsius). The amount of water air can hold is based on temperature — put very simply, the warmer the air is, the more water it can hold.

Theoretically, experts say, an additional 1.8 degrees would amount to about 7 percent more water in the air, resulting in a similar increase in extreme rainfall. But what Prein and other researchers have found is much higher across a vast portion of the United States.

[T]the eastern half of the continental United States has seen the most dramatic change in extreme rainfall. The amount of rain during the most extreme storms in the Northeast has risen 71 percent since 1958; in the Midwest, heavy rain has ­increased 37 percent; in the Southeast, it’s up 27 percent.

And the area covered by each storm also is getting larger, Prein said, another major factor in the increased precipitation. Prein’s new research suggests thunderstorms will become 80 to 90 percent larger by the end of the century.

In eastern North Carolina, a deeply conservative region, most residents say they, too, now believe weather patterns are changing. But here in the “Blue Ridge Bible Belt,” many say God — not man-made climate change — is to blame for the more extreme weather.

Ann Watson said her Baptist faith teaches her that the extreme weather is a sign Jesus will soon return to Earth, and she doesn’t believe in climate-change science. But Dan Watson said he believes that man could be partly responsible for the shift in weather.