Justice Must Be Won at the Ballot Box 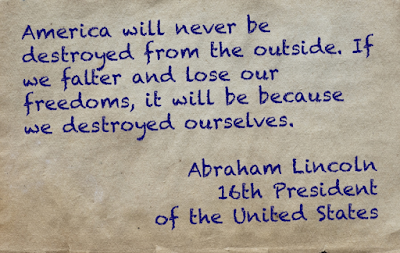 With the United States Supreme Court poised to become a reactionary, anti-civil rights, anti-minority, anti-non-Christian force in America, average Americans' last resort for justice will be the ballot box.  Judicial redress of wrongs will like  be greatly curtailed as a soon to be solid majority of reactionaries will dominate the Court and inflict the Republican Party's extremist agenda on all Americans.  Two different columns, one in the New York Times and one in the Washington Post, look at the ominous future and suggest that efforts must be made to defeat Republicans at the ballot box - just as former Republican George Will recently argued. America is now poised where it either goes down the road of fascism like Germany of the 1930's, or citizens get off their asses and act before it is too late.  First, highlights from the Times piece:

If the last few days hadn’t been dispiriting enough for those who believed the Supreme Court could still stand for reproductive freedom, equal rights for all Americans, a check on presidential power, a more humane criminal justice system and so much more, Wednesday afternoon brought the coup de grâce.

Everyone knew it was coming sooner than later, but Justice Anthony Kennedy’s retirement, which he announced in a letter released hours after the court had issued its final rulings of the term, is still crushing. It sends a stark message to the tens of millions of Americans who have long turned to the court for the vindication of many of their most cherished rights and protections: Look somewhere else.

That place is the ballot box. So show up and vote. In the absence of a Supreme Court majority that will reliably protect human dignity, universal equality and women’s right to control their own bodies, it is up to Americans who cherish these values to elect politicians at every level of government who share them. . . . With Justice Kennedy’s departure, the court is very likely to lock in an unmoderated, hard-right majority for the rest of most of our lives.

It is a dark moment in the history of the court and the nation, and it’s about to get a lot darker. Once President Trump names his second pick and the Senate confirms that person, you can forget about new or enhanced protections for gays and lesbians, or saving the last shreds of affirmative action at public universities. Longstanding precedents are now at extreme risk.

[C]ount on more rulings that, like Monday’s decision upholding racial gerrymandering in Texas, give states the green light to cut back on voting rights, promote the rights of corporations over individuals, further erode the wall between church and state and look the other way when states cut corners and evade constitutional requirements in order to execute their citizens.

Mitch McConnell, the Senate majority leader, who put up that blockade [to Obama’s nominee] despite the damage it inflicted on two branches of government, is celebrating now. He knows he has an open road to confirming whomever he and the Federalist Society want on the bench. . . . any remaining sense that the court can exist apart from partisan politics is gone.

For those who face the future in fear after Wednesday, there are no easy answers — but there is a clear duty. Do not for a moment underestimate the importance of getting out and voting in November. Four years ago, only 36 percent of Americans cast ballots in the midterm elections. Had more people showed up, the Senate may well have remained in Democratic control, Mitch McConnell would not be the majority leader and Judge Merrick Garland would now be Justice Garland. In the days and months ahead, remember this.

The column in the Post makes a similar case.  Here are excerpts:

Our constitutional system of “checks and balances” works only if those in a position to operate the levers of checking and balancing do their job. It is clear that a Republican Congress and Republican appointees to the Supreme Court have no taste for such work. For the moment, President Trump is mostly unchecked and unbalanced.

[N]ow things stand to get even worse because of Justice Anthony M. Kennedy’s retirement. He was, at least on some occasions, a moderating force. His replacement by another conservative hard-liner in the mold of Justice Neil M. Gorsuch would give right-wing interpretations of the law free rein.

This court’s direction was troubling enough with Kennedy there.  . . . When it comes to access to the ballot, they are pushing the nation back to the jurisprudence of the pre-civil rights era. The majority’s shameless ratification of a racial gerrymander by Texas’s Republican legislature, wrote Justice Sonia Sotomayor in dissent, demonstrated its refusal to enforce the “right of equal opportunity.”
And on Wednesday, in what might be seen as a companion to the Citizens United decision that enhanced the influence of corporations on our political life, the majority voted to undercut organized labor’s ability to fight back.
A profound mistrust of the court will only be aggravated by the contrast between its approach to the travel ban and its method in an earlier 7-to-2 ruling in favor of a baker who did not want to sell a wedding cake to a gay couple.

The cake decision uses statements by a Colorado regulator critical of religion to decry “religious hostility on the part of the State itself.” The five-justice majority then turns around in the travel-ban case, as Sotomayor noted, and “completely sets aside the President’s charged statements about Muslims as irrelevant.” In the first, involving Christians, the court went out of its way to protect religious liberty. In the second, involving Muslims, it went out of its way to insist that religious-liberty concerns did not apply.

All the recent talk about civility should not stop opponents of a right-wing court from doing everything in their power to keep the judiciary from being packed with ideologues who behave as partisans.

There is nothing civil about rushing a nominee to replace Kennedy before the midterm elections. And no rule of civility demands the confirmation of justices who would leave an abusive president unchecked and use raw judicial power to roll back a century’s worth of social progress.

Get registered to vote if you are not currently registered and get to the polls and vote against Republicans at all levels.  Act as if your rights - and lives - depend on it because they just might.  Apathy and laziness have brought the nation to this nightmare crossroads. The 2018 midterm elections just might be among the most important in America's history.
Posted by Michael-in-Norfolk at Thursday, June 28, 2018