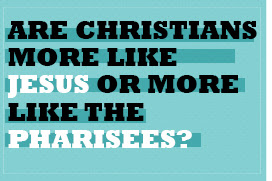 I have long argued that there is no group of individuals more immoral and morally bankrupt than the so-called "Christian Right" who I refer to as the Christofascists.   They feign piety and wear their fake religiosity on their sleeves even as they support Republicans pushing policies that are the antithesis of the Gospel message.  Hate, bigotry and misogyny are their hallmarks.  And then there is their allegiance to Der Trumpenführer, who as you will recall made these remarks:

You know and ...She used to be great. She’s still very beautiful.

I did try and fuck her. She was married.

You know, I’m automatically attracted to beautiful — I just start kissing them. It’s like a magnet. Just kiss. I don’t even wait. And when you’re a star, they let you do it. You can do anything.

Yes, the infamous Access Hollywood tape.   Not exactly exemplary language in any context much less among those who claim to be devout Christians - although, they ceased to be that many years ago when white nationalism and GOP greed and bigotry driven politics became their true gospel.  Now, despite ample evidence that Donald Trump is a pathological liar and that the GOP policies that they support will harm millions of Americans, the Christofascists are rallying to Trump's defense.  Their moral bankruptcy is now complete.  A piece in the Washington Post looks at how low these people have stooped.  Here are excerpts:

President Trump’s escalation of his inflammatory claims that Obama loyalists are out to get him, . . . .  has brought his Breitbart-fueled siege mentality to a new level of conspiracy-mongering.

A host of fact-checks and explainers have poked holes in Trump’s claims, pointing out that they lack any evidence or substantiation. But even as the mainstream media has attempted to re-attach the public to reality, another group of people is already showing signs that it may rise to his defense: the religious right.

In so doing, the religious right — a core Trump constituency — is revealing something interesting about the bond that these millions of Americans have formed with Trump. His religious-right defenders see themselves as warriors in an epic battle for Christian America, not unlike the one underlying the agenda envisioned by top Trump strategist Stephen K. Bannon — and as Trump hunkers down, they are invested in the narrative that Trump’s critics are satanic enemies bent on destroying him.

White evangelicals are Trump’s most ardent supporters. A January Washington Post-ABC News poll found that 66 percent of white evangelicals had a favorable view of Trump, the only religious constituency boasting a majority with a positive impression of him.

Now religious-right figures are rising to Trump’s defense in the battle over whether Obama tapped his phones. For instance, Charisma magazine, a leading source for charismatic and Pentecostal writings, is credulously citing Breitbart as proof of the need for a congressional investigation of Trump’s claim that Obama ordered the wiretap. Charisma has long been a cheerleader for Trump; during the campaign, it promoted widely disseminated comparisons of Trump to the Persian King Cyrus, referred to in the Book of Isaiah as God’s “anointed” one.

The larger context here is that the religious right is girding for a much longer fight alongside Trump. His signing of his new travel ban today will signal to the religious right that he remains a strong defender of their Christian nation. A Pew pollin February found that 76 percent of white evangelicals supported his original executive order, and a Public Religion Research Institute poll found that white evangelicals are the only constituency whose support for a Muslim ban has grown since last year.

The policy-focused segment of the religious right . . . .  regularly praise the president in the hopes that he will grant their wishes for nominations and appointments, and will eventually sign a broad executive order creating unprecedented religious exemptions for opponents of lesbian, gay, bisexual and transgender equality and reproductive rights.

[S]ome leading religious-right pundits appear ready to defend what they see as a Christian America, led by Trump, that is under attack by enemies, which include the left, the so-called “deep state,” Obama, a Muslim fifth column, and what they portray as immigrant and refugee criminal elements.

This fuses two Trump allies in a shared belief in a civilizational showdown. With the White House giving all indications that it will stand by the notion that Obama wiretapped Trump’s phones, it would not be surprising if more religious-right figures rallied behind the claim, leading millions of evangelical Christian voters to believe it.

When the nation hopefully throws off the Trump regime - and hopefully, Congressional Republicans as well - one hope I have is that the Christofascists will have so discredited themselves and showed their moral bankruptcy that the exodus from religion becomes a stampede.  Both Trump and his Christofascist supporters are despicable and reprehensible.