Sikh Man Shot in Own Driveway by Apparent Trump Supporter 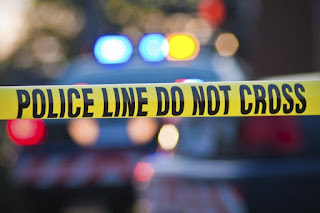 An Indian tech worker in the Mid-West was murdered last week by a white male who shouted racial slurs and told the victim to "go back to your country."  A gay couple in Key West, Florida was attacked by a white North Carolinian who yelled to them that they "were in Trump country now." Now, the Washington Post is reporting about the shooting of a Sikh man who was in his own driveway.  The attacker shouted at his victim to "go back to your country."  Such attacks are becoming increasingly frequent and thankfully are being treated in many instances as hate crimes. Yet Donald Trump supporters refuse to admit that their foul leader - and they themselves - bears any responsibility for this surge of hatred and violence.  The truth, however, is that we did not see so many acts of hatred prior to Trump's appeals to racism, religious extremism and general misogyny throughout his presidential campaign.  If Trump supporters are honest with themselves and the rest of us, they would concede that "make America great again" really means "make America white and Christian again."  Don't hold your breath for such honesty to be on display anytime soon.  Here are highlights from the Post on this latest hate driven attack:

The 39-year-old Sikh man was working on his car in his driveway in Kent, Wash., just south of Seattle, when a man walked up wearing a mask and holding a gun.

According to a report in the Seattle Times, there was an altercation, and the gunman — a stocky, 6-foot-tall white man wearing a mask over the bottom part of his face — said “Go back to your own country” and pulled the trigger.

Authorities are investigating the shooting as a suspected hate crime, the newspaper reported.

The victim, whose name hasn’t been released, was shot in the arm at about 8 p.m. Friday and suffered injuries that are not life-threatening, the newspaper reported. The man who shot him is still on the loose. Kent Police have reached out to the FBI and other law enforcement agencies for help.

The Washington state shooting comes just weeks after an Indian man in Kansas was killed and another was injured by a gunman who told them to “get out of my country” before opening fire in a bar.

In the Kansas case, Srinivas Kuchibhotla, 32, died from his wounds. Alok Madasani, 32, was released from the hospital Thursday. A third person, Ian Grillot, a patron at the bar, was shot while trying to intervene, The Washington Post reported.

Authorities there were also investigating whether the shooting was motivated by bias, a widely held suspicion among the victims’ family members.

Family members of the two men said in interviews that they feared the current atmosphere in the United States. “There is a kind of hysteria spreading that is not good because so many of our beloved children live there,” said Venu Madhav, a relative of Kuchibhotla. “Such hatred is not good for people.”  Madhav said that “something has changed in the United States.”

America is becoming an increasingly ugly place.  As noted recently, foreign tourism is down by 17% as foreign travelers opt to go to more friendly and safe countries instead of America.
Posted by Michael-in-Norfolk at Sunday, March 05, 2017