How the Christofascists Invented a White Supremacist Jesus 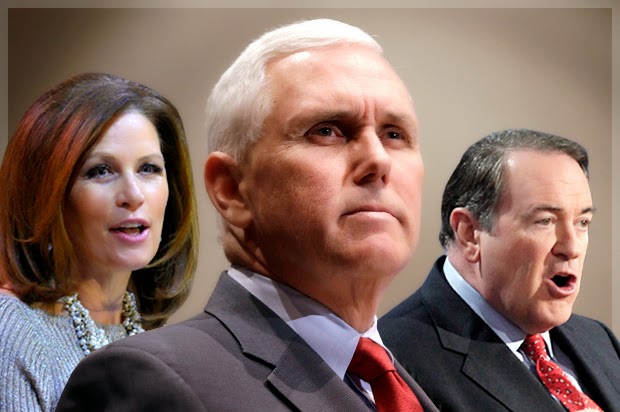 If one follows the websites of the leading "family values" organizations all of which constantly proclaim their allegiance to the Bible as I have done for many years now, one that quickly becomes apparent is that these organizations are shockingly lily white and seem to reach out to minorities only when they want black pastors in particular to act as their water carriers and perform as trained circus dogs.   The other thing that quickly becomes apparent is that most of these "family values" Christians have white supremacist roots and truly are open to white, conservative Christians who look and think like themselves.  Blacks, Hispanics and other ethnic minorities are not welcome.  This same mindset is now the norm for the Republican Party in the wake of the Christofascists' cancer like growth in the GOP.  A piece in Salon looks at how these "godly folk" have turned Jesus into a white supremacist savior.  Here are excerpts:

Just in time for Holy Week, the State of Indiana has passed a new Religious Freedom Restoration Act. The law explicitly permits for-profit corporations to practice the “free exercise of religion” and it allows them to use the “exercise of religion” as a defense against any lawsuits whether from the government or from private entities. The primary narrative against this law has been about the potential ways that small businesses owned by Christians could invoke it as a defense against having to, for instance, sell flowers to a gay couple for their wedding.

Any time right-wing conservatives declare that they are trying to restore or reclaim something, we should all be very afraid. Usually, this means the country or, in this case, the state of Indiana is about to be treated to another round of backward time travel, to the supposedly idyllic environs of the 1950s, wherein women, and gays, and blacks knew their respective places and stayed in them.
And given our current anti-Black racial climate, there is no reason to trust that these laws won’t be eventually used for acts of racially inflected religious discrimination, perhaps against Black Muslims or Muslims of Arab descent, for instance. Surely this kind of law in this political climate sanctions the exercise of Islamophobia.

As a practicing Christian, I am deeply incensed by these calls for restoration and reclamation in the name of religious freedom. This kind of legislation is largely driven by conservative Christian men and women, who hold political views that are antagonistic to every single group of people who are not white, male, Christian, cisgender, straight and middle-class.
Nothing about the cultural and moral regime of the religious right in this country signals any kind of freedom. In fact, this kind of legislation is rooted in a politics that gives white people the authority to police and terrorize people of color, queer people and poor women.

This white, blond-haired, blue-eyed, gun-toting, Bible-quoting Jesus of the religious right is a god of their own making. I call this god, the god of white supremacy and patriarchy.

The Christian lawmakers seeking to use the law to discriminate against gay people are indicative of every violent, unrighteous, immoral impulse that organized religion continues to represent in this country. I have said elsewhere recently that it is a problem to treat racism as if it will simply go extinct. But as I watch the religious right engineer pain and obstacles for queer people in America’s heartland, I find myself wishing that this particularly violent and vicious breed of Christianity would die off.

What this vocal contingent of the religious right is seeking to restore is not religious freedom but a sense of safety in expressing and imposing dangerous, retrograde and discriminatory ideas in the name of religion. I continue to support the free and unimpeded expression of religion.

We need to reclaim the narrative of Jesus’ life and death from the evangelical right. They have not been good stewards over the narrative. They have pimped Jesus’ death to support the global spread of American empire vis-à-vis war, “missions,” and “free trade,” the abuse of native peoples, the continued subjugation of Black people, and the regulation of the sexual lives of women and gay people.

Posted by Michael-in-Norfolk at Wednesday, April 01, 2015