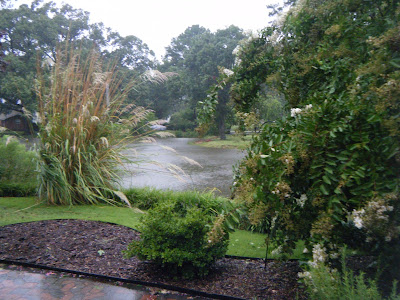 It's been an exhausting three hours since the lats post and the preparations for the storm are just about done. A tree across the creek went down and knocked out neighbors' power, but fortunately we are on a separate circuit. The storm surge is hours away but already the creek is far higher than normal as shown above.

Meanwhile, as WVEC-TV is reporting, the Midtown Tunnel (one of my routes home to Hampton) closed moments ago so that the Norfolk side flood gates could be closed:

NORFOLK -- The risk of flooding from Hurricane Irene has forced VDOT officials to close the Midtown Tunnel, one of two crossings between Norfolk and Portsmouth.

The tunnel will close at 10:00 a.m. and won't reopen until the flooding threat is past.

“Conditions at the Midtown Tunnel have reached a point where there is a likely potential for flooding, and the tunnel needs to be closed,” said Dennis Heuer, Hampton Roads District Administrator. “Crews will reassess the weather conditions and reopen the tunnel to traffic as soon as it is safe.”

The before and after photo of one of the bedrooms gives an idea of the amount of things we've carried upstairs. 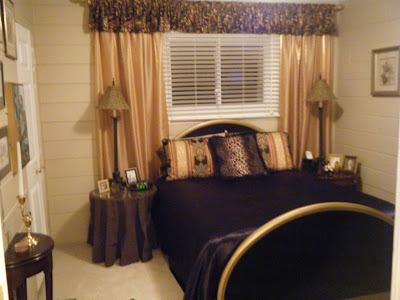 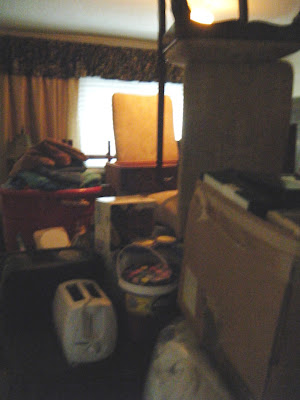 Posted by Michael-in-Norfolk at Saturday, August 27, 2011