Why I Continue to Support a Boycottof Jamaica 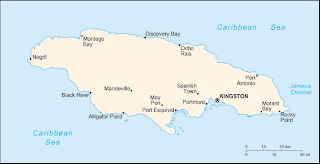 The hate and batshitery that passes as "normal" and "Christian" behavior in Jamaica continues to stigmatize and denigrate LGBT citizens. Underscoring this reality is the fact that Television Jamaica refused to broadcast a J-FLAG TV Public Service Announcement encouraging families to love and support their LGBT family members. I guess in Jamaica "Christian" values include violence, hate, encouraging suicide, etc. If that's what being Christian means, then I want no part of it. With Jamaica's crippling poverty, political corruption and instability, LGBT citizens are the least of the country's problems. Nonetheless, a column in the Jamaica Observer gives a taste of what the climate for LGBT individuals is in Jamaica. Here are some highlights:

The widely publicised J-FLAG TV Public Service Announcement encouraging families to love those relatives practising deviant homosexual lifestyles has been denied public exposure by Television Jamaica. The managing director of RJR Communications Group gave cogent reasons for their decision not to air the announcement. While reasons for their stated position were "spun" in sensitive PR language, the subliminal message was understood, that is, the serious "blowback" which would likely occur if the PSA were to be televised. As a Christian nation, Jamaican culture is dogmatic concerning homosexuality, as is Islam.

[A]s pastor and former journalist Mark Dawes pointed out: "As innocuous and as innocent as that public service announcement might appear, it is a part of a wider plan by militant homosexuals to gradually desensitise Jamaicans so that homosexual behaviour and practice can become mainstream in Jamaica".

It is widely known that numerous deviant pressure groups are attempting to infiltrate Jamaica's culture by asserting their lifestyles as normal. Besides homosexuals, these groups include the pro-abortionists, the lobbyists for decriminalising the use of ganja and other recreational drugs, the polygamists and polyandrous protagonists, those who believe in euthanasia and those lobbying to legalise male and female prostitution, both forms of which promote HIV infection.

Already, strong external pressure exists on Jamaica from Western countries to legalise homosexuality. Theirs is a version of moral imperialism employing economic benefits to pursue their deviant mission in the guise of human rights, which in the extreme could lead to acceptance of necrophilia, paedophilia and even bestiality being considered as normal lifestyles.

In these times of severe economic stress, it is important for government to focus on the ultimate survival of Jamrock. Both political parties are acutely aware that tampering with the nation's traditional morals in return for foreign economic assistance would be political suicide. It should not be overlooked that the faith-based schools constitute a major part of Jamaica's educational base that does not subscribe to the errant views of certain minorities.

Mr Ernest Smith, JLP MP, during the 2009 fracas in Parliament, made a profound and memorable statement: "Democracy with all its freedoms is not a licence for people to encourage criminality or otherwise conspire to corrupt public morals."

There are plenty of beautiful destinations in which to spend one's money. Why financially underwrite a nation as consumed with anti-LGBT bigotry as Jamaica.
Posted by Michael-in-Norfolk at Thursday, August 25, 2011