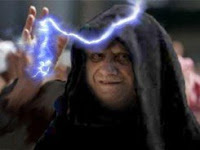 It seems that the Vatican and the Nazi Pope just cannot spread enough hate and discrimination against gays. In the latest round of twelfth century thinking we have Monsignor Carlos Simón Vazquez, sub secretary of the Pontifical Council for the Family, condemning recognition of gay relationships showing the same mind set that condemned Galileo and others who challenged the Church's antiquated thinking. Meanwhile, the Church rejects the thought of women, married men, and gays as priests even as it finds itself running out of priests in areas such as Tidewater Virginia. One can only hope that as they begin to find themselves in parishes without a full time priest, Virginia Catholics will begin to vote with their feet and migrate towards Episcopal and Lutheran parishes where they will find more or less the same mass service, similar beliefs, but not the hypocrisy and deceit that are now hallmarks of the Catholic clergy headed up by the bitter old queens at the Vatican. First some highlights from the latest press release denigrating gays:
*
1. Homosexuality is not a necessary component of society, as is the family. Society is organized around the relationship of the couple that is formed by a man and a woman. . . .Legislators make an anthropological error when they want to socially organize homosexuality.
*
2. . . [H]omosexuality does not contribute favorably to the organization of individuals and of society. The exercise of homosexuality does not reflect the truth of friendship. Friendship is inherent to the human condition in that it offers relationships of proximity, help and cooperation, in a courteous and amiable climate. Friendship should be lived chastely.
*
3. . . [I]t is contrary to the truth of the human identity and the design of God to live a homosexual experience, a relationship of this type, and even more to attempt to demand same-sex marriage. It is contrary to the true interests of the persons and of the needs of society. It constitutes a transgression of the sense of love as God has revealed to us through the message of Christ. . .
*
Nothing like telling LGBT youth that they and their relationships are worthless. Personally, I would argue that Benedict XVI and his minions at the Vatican are the ones who do not "contribute favorably to the organizations of individuals." Meanwhile, in the Diocese of Richmond, priests are becoming more and more of rarity as reported by the Virginian Pilot:
*
The tradition of one priest per Catholic parish will pass away at many South Hampton Roads churches under a new five-year diocesan plan for coping with an acute clergy short age. The strategy aims at moving congregants "from a one-pastor-one-parish expectation to building a new model of church, focused on inter parish collaboration," the plan states. It was posted last week on the Diocese of Richmond's Web site.
*
The core idea is to cluster parishes across the diocese so that a single priest could serve more than one congregation. The arrangement is already in place among parishes in Portsmouth and in far western Virginia. Hampton Roads is part of the diocese. "There will be places that might not 'have their own parish priest,' and we're trying to get people to go beyond the 'my parish' mind-set," said Beth Neu, who heads the diocese's pastoral planning office. If clustering and priest-sharing spreads, more Catholics face the possibility that their church might have fewer Masses.
*
The drop in the number of American Catholic priests started decades ago. The Richmond diocese had 122 active priests last fall to serve 152 parishes, 23 campus ministries, hospitals, prisons and other ministries. The planning report predicted 18 to 22 fewer active priests by 2013.
Posted by Michael-in-Norfolk at Monday, January 19, 2009