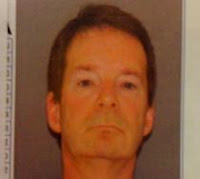 It never seems to fail that those who are most hysterically against same sex relationships in their statements and/or who align themselves closely with Christianists organizations in fact harbor a secret desire for the very thing they purportedly condemn: gay sex. A case in point is Robert Williams, Chief Financial Officer of Cincinnati Christian University, who was arrested for soliciting sex from an undercover police officer. I never cease to be amazed at the rank hypocrisy, not to mention incredible stupidity, of these "Godly Christians" who solicit sex in public places. Are they subconsciously hoping to get caught? Here are some highlights from WCPO-TV 9:
*
A leader of a local Christian University is facing sex charges following an arrest at Mount Airy Forest Saturday morning. Police arrested Robert Williams and charged him with sexual imposition for allegedly grabbing an undercover officer in a sexual manner. According to court records, the incident happened on Trail Ridge Road, which is about a mile and a half from the park entrance. Williams is the Chief Financial Officer of Cincinnati Christian University.
*
University President David Faust issued a written statement about the arrest. Part of it reads, "We are shocked and dismayed by the news of Robert Williams' arrest. This is a personal tragedy for him and for his family and we lift them up in our prayers. Mr. Williams is being placed on administrative leave from his job at CCU while we learn and assess the facts of the case."
*
Cincinnati police recognize an ongoing problem of men soliciting sex from men at the park. They regularly conduct sting operations.
Posted by Michael-in-Norfolk at Tuesday, December 02, 2008

While I'm glad the hypocrisy is exposed, I've never understood how entrapment is legal. Do they ever set up this operations that catch straights doing the same thing?