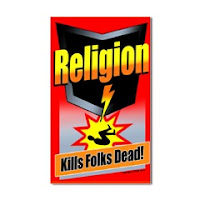 A column in today's New York Times written by a native of India got me to thinking about the similarities in mind set between the apparent Islam fundamentalist terrorists who wreaked death and destruction in Mumbai and the Christianist and Mormon fundamentalists in this country who always lead the charge in anti-gay efforts. They hate the same sorts of things and they equally despise those who reject their intolerant and unloving religious beliefs. The sole difference is that the Christianists and Mormons have not resorted to violence and murder (at least not yet), although their words do often insite hate and division just as in the Islamic world. In the final analysis both groups hate freedom and seek censorship and a stiffling religious theocracy. Such forces need to be defeated both in India and in the USA. Here are some column highlights:
*
MY bleeding city. My poor great bleeding heart of a city. Why do they go after Mumbai? There’s something about this island-state that appalls religious extremists, Hindus and Muslims alike. Perhaps because Mumbai stands for lucre, profane dreams and an indiscriminate openness.
*
Just as cinema is a mass dream of the audience, Mumbai is a mass dream of the peoples of South Asia. Bollywood movies are the most popular form of entertainment across the subcontinent. Through them, every Pakistani and Bangladeshi is familiar with the wedding-cake architecture of the Taj and the arc of the Gateway of India, symbols of the city that gives the industry its name. It is no wonder that one of the first things the Taliban did upon entering Kabul was to shut down the Bollywood video rental stores.
*
In the Bombay I grew up in, your religion was a personal eccentricity, like a hairstyle. In my school, you were denominated by which cricketer or Bollywood star you worshiped, not which prophet. In today’s Mumbai, things have changed. Hindu and Muslim demagogues want the mobs to come out again in the streets, and slaughter one another in the name of God. They want India and Pakistan to go to war. They want Indian Muslims to be expelled. They want India to get out of Kashmir. They want mosques torn down. They want temples bombed.
*
And now it looks as if the latest terrorists were our neighbors, young men dressed not in Afghan tunics but in blue jeans and designer T-shirts. Being South Asian, they would have grown up watching the painted lady that is Mumbai in the movies: a city of flashy cars and flashier women. A pleasure-loving city, a sensual city. Everything that preachers of every religion thunder against.
*
[T]hese young Muslim men murdered people in front of their families — for the crime of visiting Mumbai. They attacked the luxury businessmen’s hotels. They attacked the open-air Cafe Leopold, where backpackers of the world refresh themselves with cheap beer out of three-foot-high towers before heading out into India. Their drunken revelry, their shameless flirting, must have offended the righteous believers in the jihad.
*
But the best answer to the terrorists is to dream bigger, make even more money, and visit Mumbai more than ever. Dream of making a good home for all Mumbaikars . . . . If the rest of the world wants to help, it should run toward the explosion. It should fly to Mumbai, and spend money. Where else are you going to be safe? New York? London? Madrid?
Posted by Michael-in-Norfolk at Sunday, November 30, 2008