Not only do evangelicals have the highest divorce rate of any Christian group (Baptists lead the way in divorce), but they seem to win for being the most obese as well. Baptists again win as the most over weight, followed by fundamentalist Protestant congregations -- Church of Christ, Pentecostal, Assembly of God, and Church of God. This map pretty much tracts obesity rates with where evangelicals reside in the largest numbers in the USA. Perhaps if they focused less on disparaging gays and spreading intolerance, they could spend more time dealing with their own serious problems. Just a thought. 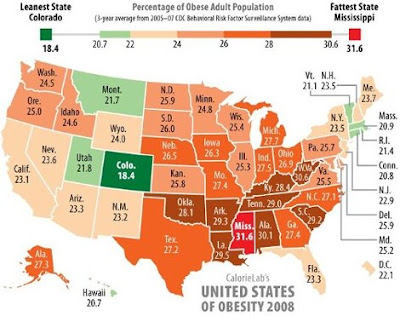