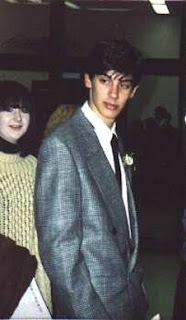 The Virginian Pilot (http://hamptonroads.com/pilotonline/) is running a series of stories on suicide and suicde prevention. Today is the third day of the series. Obviously, the information related in the articles is important and hopefully will lead to both a better understanding by the general public and save lives. Unfortunately, so far the series has been utterly silent on the issue of suicide by gay youth, no doubt due to the generally conservative nature of the area. Of course, the very nature of this area probably increases the likelihood of young gays killing themselves.

Never being one to bite my toungue, I e-mailed the reporter and posted the following comment on the comments page:

Studies have shown that young gay males, while accounting for only 3-10% of the population, depending what figure one relies upon, account for more than half of male youth suicide problems. Unfortunately, mainstream suicidologists generally continue to ignore this aspect of the problem. Not surprisingly, much of the motivation by these suicides stems from religiously instilled self-hate and often an all too real fear of rejection by family and/or society. As mentioned in the article, many of these suicides are not reported as such out of deference to families. Despite this death toll, far too many religious leaders continue the anti-gay rhetoric and/or make false promises of "change," thereby increasing the attraction of suicide.

I invite others to post comments or e-mail the reporter at joanne.kimberlin@pilotonline.com to underscore the glaring hole in the reporting to date. The photo posted is of an actual suicde victim. His story can be found here: http://www.youth-suicide.com/gay-bisexual/news/gay-suicide-bruce.htm
Posted by Michael-in-Norfolk at Tuesday, July 10, 2007

I've addressed this issue in the past. Perhaps I'll send the link on to the reporter.

P.S. I am adding you to my blog roll.