Male Beauty from the Past - RIP Kerwin Mathews 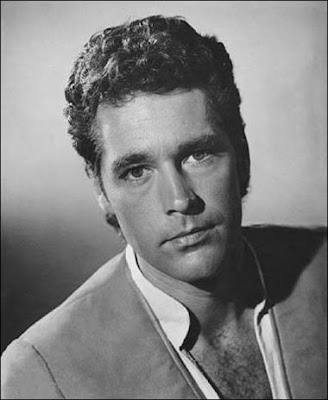 Some sad and unexpected news: actor Kerwin Mathews, probably best known as playing the leading men of The 7th Voyage of Sinbad and The 3 Worlds of Gulliver, has passed away at age 81 in his home in San Francisco.
The unexpected part comes from the fact that I had absolutely no idea that the handsome action hero was gay. Apparently, he (like nearly all gay actors of his day) did not feel that being an out gay man in Hollywood would reconcile with his career ambitions. Mathews is survived by his partner of 46 years, Tom Nicoll.
In 1963, Mathews played Johann Strauss Jr. in the Disney television production The Waltz King. I remeber even at the tender age of 11 that I thought he was beautiful.
Posted by Michael-in-Norfolk at Friday, July 13, 2007

OH MY GOD, HE WAS GAY, THE SAINTS BE PRAISED !!! I remember watching the 7th Voyage of Sinbad in JR High and I mean in school and I fell in love with this guy. I'm going to add his pix and a post of my own on I'm A Man Who Happens To Be Gay as soon as I send this. OH MY HEART AND MY _ _ _ _ DO A TWITTER. (You folks fill in the blank) - You just made my day, sorry he has passed though.

You'd all be surprised by who is, and who is not, gay!