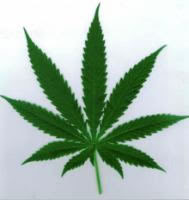 While I am not endorsing the use of illegal drugs, why am I not surprised that the US Government has been lying about the use of medical marijuana? For years it has seemed to me that a disproportionate amount of effort and funding has been wasted on prosecuting and jailing people for minor drug offenses involving marijuana. I mean, if Scotter Libby doesn't have to do time, why do young adults caught with minuscule amounts of marijuana? Here's highlights of a story on new medical research results:
When Connecticut's Republican Gov. M. Jodi Rell vetoed legislation last month that would have allowed citizens with debilitating medical conditions to use medical cannabis under their doctor's supervision, she alleged that there was no proof of pot's therapeutic effectiveness and that legal alternatives are available by prescription. Now, a just-released clinical trial by researchers at Columbia University in New York is making the governor's statements ring hollow.
On June 21, just 24 hours after Gov. Rell's veto, the online database for the National Library of Medicine posted an a forthcoming study from the Journal of Acquired Immune Deficiency Syndromes that reports, "Smoked marijuana … has a clear medical benefit in HIV-positive [patients] by increasing food intake and improving mood and objective and subjective sleep measures."
Clinicians further reported that smoking higher-strength marijuana -- that's the 3.9 percent pot for this study's purposes -- subjectively improved patients' sleep better than oral THC. Perhaps more important, authors reported that HIV patients made far fewer requests for over-the-counter 'rescue' medications while using cannabis. Scientists reported that most of these requests were to treat subjects' gastrointestinal complaints (nausea, diarrhea and upset stomach) -- conditions that have long been reported by patients to be alleviated with medical pot.
The full story appears here: http://www.alternet.org/drugreporter/56753
Posted by Michael-in-Norfolk at Friday, July 13, 2007

MY Governor Rell(CT)should be in favor of pot. She could tax the hell out of it like she and the CT government just raised cig and gas taxes as of July 1. In case none of you live in CT, we call it the BEND OVER STATE, and the don't have the courtesy to use Vaseline!!