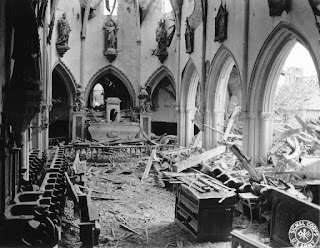 I
n follow up to the previous post on the vote in Ireland where I suggested American evangelicals should take heed of the potential coming backlash, one of my Google search agents found an article that suggests that the arrogant and hubris filled evangelical Christian crowd may already be in trouble although it has not yet translated into declining political clout within the GOP.  A new study suggests that  between 2003 and 2017, the percentage of evangelicals in the U.S. dropped from 21% to 13%, even as the percentage of “Nones” rose from 12% to 21%. If the results are accurate, it suggests than "Nones" and religious progressives need to do more to assert themselves in the realm of political activism.  Here are highlights from a piece in Patheos:

According to a new study, the number of white evangelicals is dropping precipitously, to the point that there are now more Americans who profess “no religion” (21%) than there are who claim to be “evangelicals” (13%).

[I]f these new numbers are correct, the percentage of evangelicals has dropped by nearly half in three years, from being one in four Americans to just over one in ten.  Can that be right?

First of all, these are percentages of the total population, not raw numbers.  The white population as a percentage of the whole has declined, as the study points out, though the drop in the evangelical numbers is even greater.  Also, the ABC/Post study focuses on white evangelicals.

Here are some more findings from the ABC/Post study:

(3)  Catholics have held steady at 22%. [Thanks to the influx of Hispanic immigrants]

(4)  Other Christian groups that are neither Protestant nor Catholic–such as the Orthodox, Jehovah’s Witnesses (sic), and Mormons (sic)–have risen from 11% to 14%.  [So a bigger percentage belongs to these groups, not all of whom would be considered Christian by the terms of historical orthodoxy, than to white evangelicalism (13%)?  That doesn’t sound right, but maybe it is.]

Although we might question some of the figures, let’s assume that the overall findings are correct.  Conservative Christians have long lorded it over the mainline liberal denominations, whose numbers have been in decline for decades.  Now it may be conservative Christians’ turn to decline in numbers.

An article by Ed Kilgore in New York Magazine, written in a rather gloating tone, raises another issue.  If white evangelicals make up only 13% of the population, how come they have so much political clout?  Their numbers are actually quite negligible. . . . . “If the irreligious ever get serious about flexing their muscles politically, a lot could change in this country, particularly on church-state separation issues.”


I for one hope the figures are accurate.  Evangelicals are one of the most toxic elements in American society today.