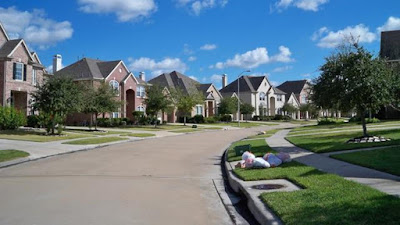 While there is much to be discouraged about if one holds progressive values, rejects the view that the poor are refuse to be disposed of, and believes in religious freedom for all, not just Christofascists, there may be some good news from the recent special elections in Georgia and South Carolina: the narrowness of the Republican victories and the GOP's dimming support in suburban areas, especially those near larger cities.  If the GOP decline in support in suburbia continues, along with the nation's changing demographics, it could mean the GOP's triumphal attitude may be short lived.  A long piece in Politico looks at what hopefully comes to mean the death knell for many Republican elected officials. Here are story highlights:

Surveying the Democratic wreckage after a disastrous 1952 campaign, Robert Taft, the typically taciturn Ohio Republican senator, made a bold prediction about the opposition. “The Democratic Party,” the onetime Senate majority leader asserted, “will never win another national election until it solves the problem of the suburbs.”

Taft wasn’t exactly right, but he wasn’t wrong either. The millions of voters fleeing overcrowded cities to seek the American dream would ultimately power Republicans to victory in six of the next nine presidential elections, and in the process, reshape the GOP’s postwar image as the party of the suburbs.

But that Republican Party is now gone, and suburbia is no longer its trusted wingman. Although Donald Trump managed to win the suburbs narrowly in 2016, 49 percent to Hillary Clinton’s 45 percent, a little over half of suburbia voted against him, according to exit polls. This marks the third presidential election in a row in which the GOP nominee failed to crack 50 percent of the suburban vote.

Once the Republican Party’s stronghold, suburban America threatens now to become its nemesis. A combination of demographic change and cultural dissonance is gradually eroding its ability to compete across much of suburbia, putting entire areas of the country out of the GOP’s reach. It’s a bigger crisis than the party acknowledges, a reckoning that threatens Trump’s reelection and the next generation of Republican office-seekers.

Karen Handel’s Georgia special-election victory Tuesday enabled the GOP to kick the can down the road, but not for long. The same Atlanta suburbs that once produced Republicans like Newt Gingrich voted for Clinton in November. They followed up a few months later by nearly sending a 30-year-old, first-time Democratic candidate to Congress. Republicans may be gloating now, but it’s an ominous sign for the 2018 midterm elections. . .

Trump won the 2016 election, of course, boosted by the margins he ran up in smaller cities and rural areas. But he lost the populous close-in suburbs of Chicago, New York, Philadelphia and Washington, D.C., home to the precincts that first heralded suburbia’s arrival as a political powerhouse. That wasn’t the real story, though. He was also defeated in other, later-blooming suburban giants, including Atlanta’s Cobb County and Southern California’s iconic Orange County, both onetime exporters of Sun Belt conservatism that occupy storied roles in the formation of the contemporary Republican Party.

There’s a reason Ronald Reagan once said Orange County was the place good Republicans go to die—before 2016, it had last voted Democratic for president more than 80 years ago.

He [Trump] also barely squeaked by in traditional GOP stalwarts like Richmond’s Chesterfield County—the most populous in the state outside Northern Virginia—and Johnson County, the wealthy Kansas-side suburb of Kansas City. In many of the rock-ribbed Republican suburbs where Trump won easily—places like Waukesha County outside Milwaukee, and Hamilton County, on the outskirts of Indianapolis—he trailed well behind Mitt Romney’s 2012 pace.

But the truth is that Trump arrived in what was already the twilight of the GOP’s suburban era.

In the decades following World War II, the suburbs formed the electoral backbone of the party, providing a reliable counterweight to big-city Democratic margins.  . . . For suburbia, the GOP functioned not just as a validator of its lifestyle but also as a guarantor. It was the party of growth, low taxes and law and order. Just as important, it served as a bulwark against racial integration. . .

The Northeastern and Midwestern suburbs were the first to go wobbly on the GOP, turned off by the culture wars waged by an increasingly Southern and socially conservative party.

Other subtle but important changes began to loosen the GOP’s grip. As the suburbs aged, they began to experience more and more of the pathologies previously associated with the cities—among them increased crime, poverty and crumbling infrastructure. At the same time, America’s great cities began to return to relative health.

Perhaps the biggest change of all: The suburbs themselves grew far more diverse. Between 2000 and 2010, the number of racially diverse suburbs increased by 37 percent, growing at a faster clip than majority-white suburbs, according to one study. . . . . there are 106 counties—with a combined population of 66.5 million—that include the near-in suburbs of most major cities and display many big-city characteristics. In 2016, Trump lost 89 of them. That’s a dramatic departure from Ronald Reagan’s 1984 performance in those places—he won 92 of those 106 . . . .

What happened in between Reagan and Trump? These suburbs gradually came into political alignment with their neighboring cities, moving the longtime antagonists toward something like a metropolitan alliance. At roughly the same time, the GOP largely gave up on competing among minorities and in the most densely populated areas.

New York state stopped being competitive around the same time the populous New York City suburbs began going blue. The days when the GOP could carry Maryland ended when Baltimore County left the fold. Colorado and Virginia are likely to be the next dominoes to fall. Colorado’s Arapahoe and Jefferson counties, home to roughly 1.3 million residents, voted Republican in eight consecutive presidential elections through 2004. But since then, they’ve voted Democratic in the past three. In November, Trump bottomed out at 39 percent of the Arapahoe vote.

Trump’s coalition relied on several factors that won’t be easy to replicate going forward, though. First among them: Trump’s opponent. No matter the place designation—urban, suburban or rural—Clinton ran behind Obama’s pace, according to exit polls. And in the suburbs, she was outperformed by Obama, John Kerry and Al Gore.

Trump’s victory was also rooted in the strongest rural performance by a presidential nominee in decades—he won 61 percent amid a huge turnout. That’s where the GOP’s math problem comes in. To win reelection, Trump will need another gangbusters rural showing and to improve or at least maintain his 2016 levels in the suburbs, where roughly half the vote was cast last year. There’s little margin for error: Amped-up turnout in just three big cities alone—Detroit, Milwaukee and Philadelphia—could have flipped the 2016 election.

Three years is a long time, but it won’t be easy for Trump to win over his suburban detractors. Recent history suggests that once these big suburbs go blue, they don’t come back. . . . . The president need only gaze across the Potomac to get a close look at the problem. Northern Virginia’s suburban behemoth, Fairfax County, flipped in 2004—by 2016, Trump could manage only an anemic 29 percent there. In nearby Loudoun and Prince William counties, the tipping point came in 2008.

No Republican has won the presidency in the postwar era without winning the suburbs. Trump will put that to the test in 2020. And with that, the GOP’s suburban era may come full circle . . .

Hopefully, the GOP decline in the suburbs will only accelerate.