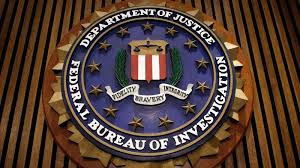 With new reports out that Russia hacked the election systems of 39 different states and may have targeted large Democrat voting cities, Der Trumpenführer continues to rant that it is all "fake news" and a "witch hunt."  Clearly special prosecutor Robert Mueller and the FBI believe otherwise based on the testimony of acting FBI director Andrew McCabe yesterday.  In fact, McCabe made it clear that the FBI is providing a large amount of man/woman power to Mueller's probe of Russiagate.  Meanwhile, other news reports suggest that Trump may have been involved in money laundering efforts with Russian oligarchs and mob figures.  He certainly has ties to known criminals and unsavory figures.  Politico looks at McCabe's testimony before Congress.  Here are excerpts:

The acting head of the FBI said Wednesday that his agency is providing a substantial number of personnel to support the special prosecutor appointed last month to look into alleged Russian influence in the 2016 presidential election, including possible connections to the Trump campaign.

Acting FBI Director Andrew McCabe, who took over after President Donald Trump fired FBI chief James Comey on May 9, told a House appropriations subcommittee that the FBI is giving special counsel Robert Mueller all the help he needs.

"We have a great number of folks that have already been detailed to that team and I have assured Director Mueller that we will do everything necessary to deliver the resources and meet the needs that he has to do that work," McCabe said.

McCabe, temporarily elevated from the position of deputy FBI director, said discussions to coordinate the FBI's assistance to Mueller are ongoing.

"I've had many, many interactions with the special counsel and his representatives. In fact, we are meeting in the next 24 hours to discuss exactly that," McCabe said.

The FBI official stressed that Mueller isn't taking over all the FBI's counterintelligence work, or even all such work related to Russia.

Rep. Jose Serrano (D-N.Y.) asked McCabe whether he'd been asked for a loyalty oath by Trump, as Comey has said he was, and how he would reply.

"I have taken an oath already to the United States of America to protect and defend the Constitution. That is the only oath I will take, so that's really not an issue for me," McCabe said. He added that it wouldn't be appropriate "in this forum" to discuss his conversations with the president.

As in past testimony, McCabe did dispute claims by Trump and other officials that morale at the FBI suffered under Comey.

"Director Comey enjoyed a great relationship with the men and women of the FBI. So, his removal took many many people by surprise. It was a shock. It's something that we’ve all had to come to terms with," McCabe said.

"We understand it is the president's privilege to remove the FBI director or any appointee, whenever he chooses to do so. ... It's been my challenge to keep people focused on the mission during this time of transition."

Most disturbing is the fact that most Congressional Republicans remain indifferent to Russia's attack on America's electoral system.  Remaining in power is all that matters to them, the interest of the nation and the Constitution be damned.