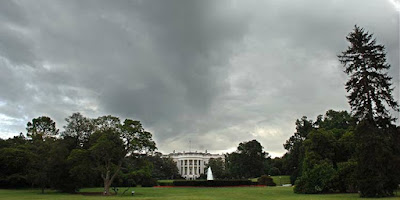 Despite his full blown assault on the free press, Der Fuhrer has one problem that may yet sink him and open the way for his removal from office: leaks flowing in a torrent from White House staffers and others. The picture that is emerging should surprise no one other than the most brainwashed or bigotry filled Trump supporters:  the occupant of the Oval Office is a thin skinned narcissist who cannot stand anything that does not further inflate his overweening ego and who will lash out at anything not in keeping with his alternate universe.  One can only hope that with time even the worse political whores in the Republican Party will wake up to the fact that Trump needs to go for the good of everyone in America.  I loath Mike Pence, but at least he isn't clinically insane and might be controlled by tradition and the ability to grasp some semblance of objective reality.  A piece in Talking Points Memo looks at the ongoing leaks flowing from the White House.  Here are highlights:

We now have a story from The Washington Post ("The first days inside Trump’s White House: Fury, tumult and a reboot") to match yesterday's from The Times ("Rocky First Weekend for Trump Troubles Even His Top Aides"). They are each a classic type for a major newspaper.

But there is an underlying, not-made-explicit message to both which is perhaps the most important. We are three days into the administration and the Trump White House leaks not so much like a sieve as a bucket with no bottom.

The Trump White House not only leaks like crazy. It casually leaks the most intimate and humiliating details about the President - hurt feelings, ego injury, childlike behavior, self-destructive rages over tweets, media failure to credit his own grandiosity. We have simply never seen this level of leaking, with this little respect for the President's dignity or reputation, this early.

Trump has been resentful, even furious, at what he views as the media’s failure to reflect the magnitude of his achievements, and he feels demoralized that the public’s perception of his presidency so far does not necessarily align with his own sense of accomplishment.

One person who frequently talks to Trump said aides have to push back privately against his worst impulses in the White House, like the news conference idea, and have to control information that may infuriate him. He gets bored and likes to watch TV, this person said, so it is important to minimize that.

There is, to put it mildly, a rather clearly recurring theme: a torqued up man-child, alternatively rageful and fragile, both grandiose and profoundly insecure.

It is a bracing picture, chilling and hilarious. But don't lose the point: no White House leaks like this, leaks this much or leaks this casually about the President's emotional weakness.

Again, no one should be surprised if they have even casually followed Trump over the years.  That said, it is frightening that we have someone mentally disturbed in the office of the presidency.  Trump needs to go and the sooner the better.  He is a clear and present danger to America and the world.

Posted by Michael-in-Norfolk at Wednesday, January 25, 2017