The First Amendment Will Not Protect the Press from Trump 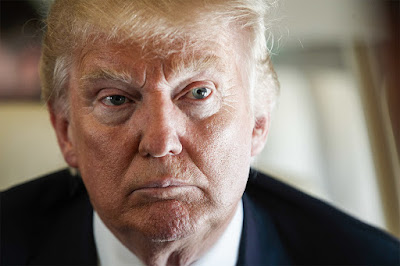 One of the first things that dictators do is to legitimize the press - before taking control of it. Controlling the press and/or neutralizing it in the eyes of many is key to assuming dictatorial power and controlling the populace.  One need only look at the situation of the press in Putin's Russia or China to see the model that Trump seeks to inflict on America.  When Kellyanne "Goebbels" Conway spoke of "alternate facts" she was speaking of lies.  Anything that undermines "Dear Leader" will be countered with "alternate facts" regardless of their deliberate untruthfulness.  Some Republicans such as Lindsey Graham see the danger ahead.  Most sadly, either are remaining quite and participating in the lies through their silence or, worse, many are joining in with Der Fuhrer and seeking to deceive the American public.  A column in the New York Times looks at the increasing danger.  Here are excerpts:

When President Trump declared on Saturday that reporters are “among the most dishonest human beings on earth,” it was not the first time he had disparaged the press. Nor was it out of character when, later that same day, his press secretary threatened “to hold the press accountable” for reporting truthful information that was unflattering to Mr. Trump. Episodes like these have become all too common in recent weeks. So it’s comforting to know that the Constitution serves as a reliable stronghold against Mr. Trump’s assault on the press.

Except that it doesn’t. The truth is, legal protections for press freedom are far feebler than you may think. Even more worrisome, they have been weakening in recent years.

The First Amendment provides only limited protection for the press. Over the centuries, courts have affirmed that it prohibits government censorship and offers some protection against defamation lawsuits. But journalists themselves have few constitutional rights when it comes to matters such as access to government sources and documents, or protection from being hounded by those in power for their news gathering and reporting.

There are some legal protections, but the press also relies on nonlegal safeguards. In the past, these have included the institutional media’s relative financial strength; the good will of the public; a mutually dependent relationship with government officials; the support of sympathetic judges; and political norms and traditions.

[T]he public’s good will, which long sustained the freedom of the press in America, has evaporated. In the 1970s, nearly three-quarters of Americans reported they trusted the news media, and the press was able to translate this support into substantial opportunities for news gathering: People who trusted the media were more likely to bring them leads and to demand that the press be allowed to cover newsworthy events. Today, however, public confidence in the press has dropped to its lowest level in Gallup polling history.

As for the relationship between the press and government officials, that too has changed. Until recently, the press relied on politicians for access to information while politicians relied on the press for access to the public’s ear. This ensured that government officials would never shut out the press entirely. But with the fragmentation of the news industry, this is less true; the established news media can no longer claim to be the primary source of the public’s information.

In addition, the courts cannot be relied on — at least not as they once could be — for forceful protection of press liberties. The Supreme Court has not decided a major press case in more than a decade, in part because it has declined to do so, and in part because media companies, inferring the court’s relative lack of interest, have decided not to waste their resources pressing cases.

As each of these press-freedom pillars weakens, the one remaining pillar must bear more than its share of the weight. It’s the one, however, that President Trump now seems most keen to destroy: tradition.

It is primarily customs and traditions, not laws, that guarantee that members of the White House press corps have access to the workings of the executive branch.

This is why we should be alarmed when Mr. Trump, defying tradition, vilifies media institutions, attacks reporters by name and refuses to take questions from those whose coverage he dislikes. Or when he decides not to let reporters travel with him on his plane, or fails to inform them when he goes out in public. Or when he suggests he might evict the White House press corps from the West Wing and have his administration, rather than the White House Correspondents Association, determine who gets allowed to attend briefings.

We cannot simply sit back and expect that the First Amendment will rush in to preserve the press, and with it our right to know. Like so much of our democracy, the freedom of the press is only as strong as we, the public, demand it to be.

With far too many Americans complacent about protecting their own rights much less freedom of the press, those of us not already brainwashed by Fox News and/or Breitbart need to be very afraid and bestir ourselves to oppose Trump and his attempts to destroy the press with utmost vigor. If the press is muzzled, our right to freedom of speech will be the next target.
Posted by Michael-in-Norfolk at Wednesday, January 25, 2017