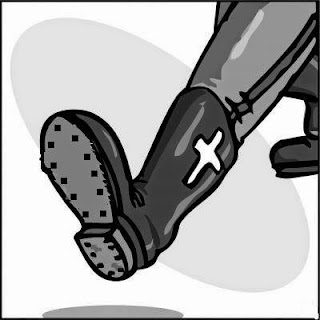 Having had three children go through the Virginia public schools over the course of the last 25+ years, one thing that never changes is the way in which Christofascists ALWAYS want the school curriculum to reflect their ignorance embracing beliefs that exclude the existence of gays and transgender individuals.  They are self-centered and truly care nothing for the rights of beliefs of others and demand that their darling children be forever sheltered from the realities of real life and the real world.  Now, the Fairfax County School Board has committed the cardinal sin of (i) voting to implement a non-discrimination policy to protect trans students and staff, and (ii) amending the curriculum to include lessons on gender identity and being transgender.  The hate-filled "godly folk" are going ballistic.  Here are highlights from Gay Star News:

Conservative parents are furious about proposed changes to the curriculum for grades 7 to 12 at some schools in Virginia..

Last week, the Fairfax County School Board voted to include gender identity in their non-discrimination policy to expand protection for trans students and staff.

Parents and students opposing the policy change claimed children could choose which bathroom or locker room to use, heightening the danger of sexual harassment.

Now the school board is reportedly planning to extend the curriculum to include lessons on gender identity and being transgender.

‘Students will be provided definitions for sexual orientation terms heterosexuality, homosexuality and bisexuality; and the gender identity term transgender,’ the district’s recommendations state.

‘Emphasis will be placed on recognizing that everyone is experiencing changes and the role of respectful, inclusive language in promoting an environment free of bias and discrimination.‘

Parents have been said to be ‘irate’ over the recommended changes; Fox News columnist Todd Starnes expressed his disagreement, calling the update ‘unadulterated sex indoctrination’.

Peter Sprigg, of the Family Research Council, called it ‘an attack on nature itself’, saying children would be taught they could choose their gender.

‘It’s only going to create more confusion in the minds of young people who don’t need any further confusion about sexual identity,’ he said.

The changes are set to be formally announced on 21 May; because lessons need to be planned, the schools are planning to implement the changes later next year.