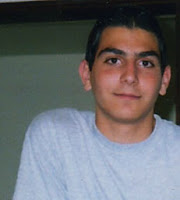 I have not posted recently about Iran, but I continue to be sickened by news reports that the Islamic extremist government - with the help of its murderous thugs, far right clerics and kangaroo courts - is continuing to execute protesters, gays and minors. If these actions are the handiwork of religious individuals, then the world would be a far better place free of religion all together. Andrew Sullivan continues to be ahead of the curve in keeping focus on the horrific deeds being done in the name of the so-called Islamic republic in Iran. Murderers and butchers would better describe these foul, unholy monsters. The whole world needs to witness the barbarity that flows from unrestrained fundamentalist religious belief and pay head. Here are some highlights which are very disturbing:
*
Iran's post-election turmoil and the ensuing human rights crisis entered a new phase this week, after authorities announced death sentences for four defendants following the mass trials held for more than a hundred people accused of fomenting unrest and challenging the election results. It has raised the specter of further political executions in Iran. Most ominously, the death sentences were announced on October 10th, the International Day Against the Death Penalty. On the same day, Iran put to death Behnoud Shojaii [pictured above], a juvenile offender, continuing Iran's distinction as the only country to execute juvenile offenders since 2008.
*
The four defendants sentenced to death are not guilty of any violent actions and their indictments clearly state that the Intelligence Ministry arrested them "before they could engage in any action." Even under the existing laws, they could not be sentenced to death in fair trials. However, by using them as a front in a public relations ploy to justify death sentences in post-election trials, the government is pursuing two goals. First, the government is aiming to instill fear among reform-oriented Iranians, and raising the cost of participation in further protests, by signaling its power and determination to apply the death penalty at will. The second intent is to lay the groundwork for further political executions by desensitizing the broader population to state-sponsored violence.
*
Behnoud Shojai, who was due to be hanged today, was just 17 when he stabbed a a boy with a shard of glass three years ago and sentenced to death. But charity Amnesty International say the killing was in self defence after Shojai, now 20, intervened to stop a fight between a friend and another boy and was threatened with a knife.
*
I truly hope that LGBT citizens in the USA do not lose sight of the atrocities occurring in Iran and Iraq where gays are murdered and tortured at will due to religious based bigotry and hatred. It truly makes me sick - but we need to make sure that the world understands the evil being done in the name of religion. This is what happens when fundamentalist religion is allowed to run wild free of legal constraints. This is the type of theocracy that Pat Robertson, Bob McDonnell and other Christianist want to put in place in America.
Posted by Michael-in-Norfolk at Friday, October 16, 2009