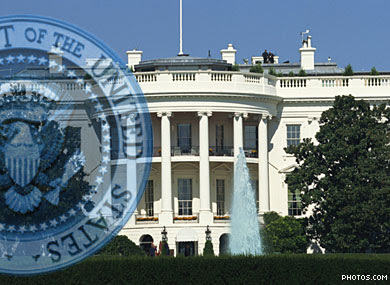 In a case of better late than never, the White House has come out in a statement opposing the anti-gay voter referenda in Maine and Washington. It would have been nice if the statement had been made at the HRC dinner last weekend, but at least Obama is now on record and perhaps some will be influenced by his position on these two efforts which are based on anti-gay animus and religious based discrimination - things that the civil laws should not support. It has long been my view that the far right and professional Christian set's real goal is to keep GLBT Americans inferior under the civil laws so that they can then point to such treatment as proof that their anti-gay animus is justified. It's a sick reality, in my view. These folks hate us and many would prefer that we disappear. Here are some highlights from The Advocate on the issue:
*
In response to an inquiry from The Advocate, the White House sent the following statement regarding President Barack Obama’s position on same-sex relationship recognition voter referenda in Maine and Washington:
*
“The President has long opposed divisive and discriminatory efforts to deny rights and benefits to same-sex couples, and as he said at the Human Rights Campaign dinner, he believes ‘strongly in stopping laws designed to take rights away.’ Also at the dinner, he said he supports, ‘ensuring that committed gay couples have the same rights and responsibilities afforded to any married couple in this country.’"
*
The White House statement could help LGBT activists fighting to defeat Maine's antigay measure, as Obama's approval ratings continue to flourish there -- a new poll this month found that 58% of Maine voters approve of the president's job performance. A late September poll put his approval ratings in Washington slightly lower, at 53%.
*
As I have stated numerous times, it sets a very, very dangerous precedent to allow a mere majority of voters to begin stripping away legal rights of other citizens. Today it's GLBT citizens, and tomorrow it could be immigrants, Hispanics or even blacks. This type of legalized bigotry and discrimination should not be allowed under the U. S. Constitution and must be stopped.
Posted by Michael-in-Norfolk at Saturday, October 17, 2009