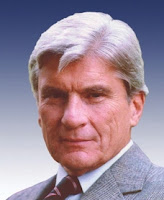 Once again, Virginia Senator John Warner is not singing the line wanted by Chimperator Bush. In fact, he pretty much calls it like it is and says that there is no military solution to be had. Here are some highlights form a new story in the Virginian Pilot this afternoon:

Prospects for the political compromises needed to stabilize Iraq remain bleak and it may be time for Iraqis and their Parliament to replace the government of Prime Minister Nouri al-Maliki, Virginia Sen. John Warner said today. Headed home after a two-day visit to Iraq last week, Warner, a Republican, and Michigan Sen. Carl Levin, a Democrat, agreed in a written statement that the U.S. military's "surge" of additional troops has calmed some parts of Iraq and given political leaders there "breathing space" for reforms.

But there is little evidence that the Maliki government is taking advantage of the opportunity, Levin and Warner said. "We are not optimistic," they added. Among American military commanders and troops, the pair found "a deepening consensus that there is no military solution," to Iraq's problems, Levin said.