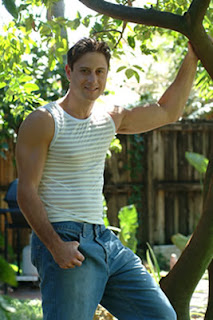 Here are my friend Wayne Besen's comments on Falwell's passing. Wayne and I worked together in exposing Falwell's ex-gay protoge/poster boy, Michael Johnston, as a fraud. The details of Michael Johnston's story of fraud and deception can be found here: http://www.washingtonblade.com/2003/8-8/news/national/exgay.cfm I fully understand Wayne's feelings:
Fundamentalist preacher Jerry Falwell was found unconscious in his office today and rushed to a hospital in Lynchburg, Virginia, but later died, according to various media reports. Falwell made his fortune on the backs of GLBT people. He degraded them and formed the Moral Majority in an effort to ruin America and turn it into a fundamentalist nation. Before he turned his wrath to gay people, he was a staunch opponent of interracial marriage and was pro-segregation. He certainly was a busy man.Won't the good preacher be shocked when he finds himself at the gates of Hell this morning! Man, I would love to post that video on YouTube. I must go now and mourn, as I can hardly contain my sorrow.
Posted by Michael-in-Norfolk at Tuesday, May 15, 2007

I'n from Northern va, come here from matt's blog, He has ruined some kids lives by his hate speech, some took there own lives.

The Will to Believe is obviously a very powerful tool. The Courage to Be is the only way to overcome that propaganda, indoctrination, that carrot-on-a-stick -- and that alone allows one to believe in what is TRUE. Not any other's truth for you. Not your truth for others. But that each of us diverse beings are unique.

The Ultimate Tetragrammaton: I AM WHO I AM (without predicates, defintions, and essences) is each of us. Only we "add" labels to choose our associations.

But that Authentically Unique Individual of which NO OTHER being is identical SCARES some of us into conformities, into unhealthy communities, into unwise choices, into the Will to Believe otherwise, denying our only truth: What WE ONLY know and feel of, for, and about OURSELVES. And whatever merit or demerit of that TRUTH, it's the only truth we can be.

Thanks guys for your comments. I likewise know bright, talented guys who killed themselves due to the type of hate Falwell peddled. Getting LGBT individuals to not listen to this garbage is the goal. I hope my Blog will help others to put this hate filled message aside and accept themselves as a unique creation of God that need not apologize to anyone for how God made them. It took me a long time to do it myself, but now that I have, my life is so much better.