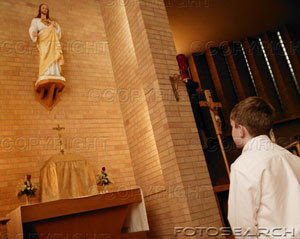 Given my religious background growing up, one of the biggest obstacles for me in accepting the reality that I was gay was all of the anti-gay propaganda put out by organized religion. The Roman Catholic Church is without peer in this regard, except for perhaps the Southern Baptists under their current leadership and fundamentalist Muslims. Growing up as an altar boy from age 8 to 18, serving at daily mass, and then later attending mass as part of my self-initiated and semi-conscious “ex-gay” regime, I was about as steeped in fire and brimstone as one could get.

After the event that forced me to eventually accept my sexuality (which will be described in a future post) – and after not being immediately struck down thereafter by God, as expected – a big part of my recovery process was seeking out books on Christianity and early Church history that took a far different view than what I had been previously taught. John Shelby Spong has a number of wonderful books that review the Bible and background of the Gospels that were a tremendous help to me. I would urge anyone who is in the place spiritually that I once was to read as much as possible to learn that, in fact, the standard doctrine may in fact be WRONG, and perhaps deliberately so. The early Church was full of power struggles and varied agendas that molded the final version of the New Testament to meet the needs of those seeking power. A recent book I read, ”The Man Who Jesus Loved,” written by a Biblical scholar, shows that much of the lies propounded by the “family values” crowd conflict with what may be the real teachings of Jesus and even St. Paul (who is NOT one of my favorite church fathers, since he continued to cling to the certain of the legalistic purity laws of Leviticus) concerning marriage.

The second step in the recovery process is to LEAVE the church of your upbringing if it does nothing but make you suffer from guilt and self-hatred. Read the Gospels and it is clear that this was not what Jesus taught or stood for. Rather, he was very much the revolutionary that put the spirit of the law ahead of the letter of the law. Jesus’ message of love, forgiveness, caring for others, etc., is utterly irreconcilable with the message of hate put out by the current Nazi Pope and the James Dobsons of the world. My first stop on my quest for a new church was the Episcopal Church since it was close to Catholic, but nowhere near as anti-gay. Fortunately, during this time period the sex abuse scandal involving the Catholic Church began to explode and it became obvious to me that the Church hierarchy was totally corrupt and full of complete hypocrites. These were the last people to be telling me that I was sinful in view of what the hierarchy, including John Paul II, had allowed to go on for literally decades. Eventually, I even did a guest editorial in the Virginian Pilot in February, 2002, that took the Catholic Church to task (this article is set out at the end of this post).

Needless to say, my mother flipped out when I ceased to be a Catholic – although when I visit her, I do go to Church with her, even though I have to bite my tongue and fight the urge to wear a shirt that says “God Made Me Gay” or some such verbiage in protest. After a year or so as an Episcopalian, I by pure chance attended an Evangelical Lutheran Church of America (“ELCA”) parish after moving into Norfolk from Virginia Beach and found what I believe will be my permanent spiritual home. While the ELCA still has a ways to go on gay issues, it is light years ahead of the Catholic Church, yet has what is almost virtually a Catholic mass service. Moreover, its sister church, the Church of Sweden is on the verge of providing church commitment services for LGBT couples. Even my mother, after reading the worship hand out ceased in fretting that I was surely going to Hell for leaving the Catholic Church. I would strongly recommend any recovering Catholics to give the ELCA a serious look. I am not suggesting that I don’t on occasion still have some religious hang ups, but the distance I have come is remarkable and I probably feel the best about myself ever in my life time.

In any event, here’s the February, 2002, guest editorial piece (and yes, it felt great writing it and seeing it published). I love exposing hypocrites:

As a life long Catholic, former altar boy, and a 4th Degree Knight of Columbus, I was dismayed by Bishop Walter F. Sullivan’s letter to the editor (Virginian Pilot, January 30, 2002) decrying the editorial cartoon carried by the Virginian Pilot on January 21, 2002, focusing on the Catholic Church’s track record in respect to pedophile clergy. Bishop Sullivan would have readers believe the cartoon is “pure bigotry” against the Catholic Church. The reality is that the Catholic Church hierarchy is most vigorous in instilling guilt and a sense of sinfulness in its members on a host of topics ranging from birth control, divorce (on January 28, 2002, Pope John Paul II directed all Catholic lawyers and judges to refrain from taking divorce cases, Associated Press), remarriage by divorced Catholics, and in-vitro fertilization, to attendance at non-Catholic church services. Yet, the Catholic Church hierarchy has shown little vigor in weeding out pedophile priests or disciplining high Church officials who knew of sexual abuse problems but did not act to stop it.

The editorial cartoon carried by the Virginian Pilot surely arose from the on-going scandal in the Archdiocese of Boston where, due to unrelenting reporting by the Boston Globe on the lawsuits against former priest, John J. Geoghan, it has been disclosed that over the last 10 years, the Archdiocese has quietly settled child molestation claims against at least 70 priests. Church records turned over under court order, document that five (5) bishops and two (2) cardinals knew of Geoghan’s child molestation, yet he was repeatedly reassigned to new, unsuspecting parishes (Boston Globe, January 31, 2002). Unfortunately, the situation in Boston is not an isolated incident as shown by a very brief search on the Internet:

**The Catholic Church in Ireland has offered a $110 Million global settlement to compensate children who suffered abuse by members of religious orders - under the settlement formula, the total cost could go as high as $430 Million (New York Times, February 1, 2002).
**On January 30, 2002, the Archdiocese of Los Angeles and the Diocese of Tucson, settled sexual abuse cases against 4 priests for an undisclosed sum, the Archdiocese of Los Angeles having previously paid $5.2 Million in 2001 to settle sexual molestation cases (Los Angeles Times, January 30, 2002).
**Sexual abuse cases against 6 priests settled by the Catholic Church in Bridgeport, Connecticut in early 2001 (New York Times, March 14, 2001).
**The Archdiocese of Portland agreed to a sealed settlement when sued by 22 men alleging sexual abuse as boys by priests (Seattle Times, October 7, 2000).
**Catholic Archdiocese of Melbourne, Australia settles for an undisclosed sum with 80 victims of sexual abuse by 21 priests (The Age, November 21, 1999).
I**n 1998, the Diocese of Dallas agreed to pay $31 Million to 12 altar boys who suffered repeated sexual abuse (Dallas Morning News, August, 1998).
**In 1998, the Diocese of Stockton, California agreed to pay $30 Million to settle lawsuits for sexual abuse (San Francisco Chronicle, January 28, 2002).
**In 1993, it was determined by the Franciscan Friars of California that 11 friars at St. Anthony's Seminary in Santa Barbara had abused at least 34 boys (Associated Press, August 3, 2000).
**Since 1991, more than 40 lawsuits have been filed against at least 12 priests in the Archdiocese of Santa Fe, New Mexico (Chicago Tribune, December 15, 1993).
**In the 1980's, the Diocese of New Orleans paid $22 Million to dozens of victims of 7 priests (Boston Globe, February 3, 2002).

The common theme throughout all these incidents is that (i) bishops and other high church officials knew of the abuse situations yet failed to remove offending priests from the ranks of the clergy, and (ii) offending priests were routinely merely transferred to new parishes, the Church’s main concern being to keep it all quiet. Not until faced with multi-million dollar lawsuits and/or until the priests were under criminal prosecution was decisive action taken to remove abusive priests from their positions. Equally unsettling is the fact that no bishops (or in the Boston case, a Cardinal) have been removed from office in consequence of their failure to protect the children of their diocese’s parishes.

Bishop Sullivan would have better served the needs of the Diocese of Richmond by explaining what safeguards, if any, are in place to prevent a situation like that unfolding in Boston from happening in his diocese. Bishop Sullivan’s cry of bigotry is disingenuous at best.
Posted by Michael-in-Norfolk at Sunday, May 13, 2007