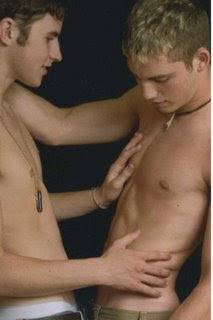 The Gallup Poll (http://www.galluppoll.com/content/default.aspx?ci=276130 is reporting as follows:

May 17, 2007
Public Favors Expansion of Hate Crime Law to Include Sexual Orientation Majorities of Republicans, conservatives, and frequent church attenders in favor.
by Frank Newport
GALLUP NEWS SERVICE
PRINCETON, NJ -- A substantial majority of the American public favors the expansion of federal hate crime legislation to include crimes against people based on their gender, sexual orientation, and gender identity. The U.S. House of Representatives has passed such legislation, which is now being considered by the Senate. Republicans, conservatives, and religious Americans are slightly less likely than others to favor the expansion of hate crime legislation, but a majority of those in each of these conservative and religious groups favors the proposed legislation.
Here's how the opinions broke out:
There is a proposal to expand federal hate crime laws to include crimes committed on the basis of the victim's gender, sexual orientation, or gender identity. Would you favor or oppose expanding the federal hate crime laws in this way?
Favor Oppose
% %
TOTAL 68 27
Republicans 60 34
Independents 69 27
Democrats 75 21
Conservatives 57 37
Moderates 74 22
Liberals 82 15
Protestant and other non-catholic Christians 65 30
Catholics 72 23
Other religion 74 23
No religious identity 74 25
Jerry Falwell must be gnashing his teeth in Hell over this poll. Too bad Chimperator Bush will probably ignore the desires of the American people. I hope he continues to lead the wing nut controlled GOP to electoral disaster so that the GOP can someday again be what it once was.
Posted by Michael-in-Norfolk at Thursday, May 17, 2007

I don't have anything meaningful to say about the substance of this post, but I just want to mention that the picture at the top is really hot.