Why GOP Insiders Fear Beto and Biden Over Warren and Sanders 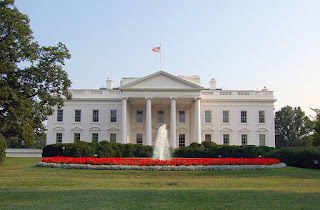 Yesterday Elizabeth Warren announced her intention to run for the Democrat presidential nomination in 2020 to the delight of her extreme supporters - and Donald Trump and GOP insiders who see her as the candidate most likely to set the stage for a Trump victory in 2020.  Right behind her in terms of who the GOP insiders view as most easily defeated is Bernie Sanders who isn't even a Democrat. Sadly, neither Warren nor Sanders supporters can see beyond their own ideology to realize that what plays in liberal circles in New England doesn't translate across the country the way they think it does.  Indeed, in Virginia's 2017 gubernatorial contest, efforts by Warren and Sanders to put their perceived minion at the head of the Democrat ticket likely would have handed victory to the GOP.  A piece in Vanity Fair reviews why the GOP insiders fear O'Rourke or Biden far more than Warren and Sanders who burned many bridges in Virginia.  Here are highlights;

[A]s I like to caution Republicans, you never know what might happen in 2020 if the Democratic Party nominates a presidential candidate who is likable, trustworthy, and . . . not under investigation by the Federal Bureau of Investigation.Perhaps that is why, as Republicans sift through the wreckage of another Trump meltdown, the demolition of their House majority in the midterm elections two months prior, the ouster of James Mattis, and a holiday shutdown over the border wall, party operatives were spending the most wonderful time of the year trying to figure out what it’s going to take to avoid an even worse fate. For as much as some Republicans would like to see the president return to Trump Tower, they’re not willing to give up the presidency. And so, as the 2020 primary season begins, they are beginning to make a list of Democratic candidates that they think Trump can credibly beat.Without naming names, I asked several senior Republican insiders which Democrat, or Democrats, at the top of the opposition ticket would most reassure them about 2020. Without exception, Elizabeth Warren, the 69-year-old progressive senator from Massachusetts, topped every wish list. . . . . Close behind were Senators Cory Booker of New Jersey and Bernie Sanders of Vermont, who, technically, is not a member of the Democratic Party.There’s a theme here. For all of Trump’s faults—and Republicans who make a living trying to win elections tend to be honest about most of them, albeit privately—the United States is still a center-right country, at least according to the data the G.O.P. trusts . . . . . A lightweight Democratic contender too enthralled with, or captive to, leftist dogma is an opponent that even a politically pockmarked Trump can exploit.Republicans are happy to run against any progressive who tries to compete with Trump on Trump’s terms. Exchanging barbs on social media platforms; name-calling; questioning his capacity mentally, physically, and the like. As much as the Democratic base might be clamoring for a standard bearer to force-feed the president a dose of his own medicine, there is no beating the genuine article at the game he perfected. Trump is too quick and too shameless, and that approach offers little change to voters who want to turn the page from the chaos and anxiety that has characterized the current era. “A Democrat is not going to defeat Trump by being more brash, blustering, and strident. They will win over voters they need to retake the ‘blue wall’ states by connecting with those voters on substance but presenting an alternative to his leadership style,” a Republican consultant told me in an e-mail.Indeed, if there’s a key aspect to the fear Beto O’Rourke inspires in some Republicans, it’s the outgoing Texas congressman’s combination of sunny disposition and 21st-century social media agility. Sure, he’s unabashedly progressive, but to borrow a phrase from Vice President Mike Pence: He’s not angry about it. Nor, as it happens, does O’Rourke look down upon so-called heretics, or, if you prefer, “deplorables.”

Ignore the Beto mockery prevalent in Republican circles during O’Rourke’s near upset of Senator Ted Cruz this past November. Party insiders were taking notes, and taking the 46-year-old from El Paso far more seriously than suggested by the apparent delight they took in lampooning everything about a figure who has drawn comparisons to a onetime up-and-coming Democrat named of Barack Obama.

“A Democrat who can carry Ohio, Pennsylvania, Wisconsin, or North Carolina is problematic,” a Republican insider from a critical swing state said. “Someone like Beto, who can campaign on the fly, raise money, and excite young voters, could put those and other states in play.”The midterms marked a turning point in the Republican Party’s confidence in [Trump] the president. . . . . November 6 provoked a brutal reassessment. Republicans saw their coalition crack, and many senior strategists blame [Trump] the president. As a few well-placed strategists told me for reporting I did for the Washington Examiner, after-action polling and analysis made it clear that Trump drove away soft Republicans, college-educated Republicans, female Republicans, moderate Republicans, basically every category of Republican not firmly ensconced in Trump’s base, plus crucial independents, handing House Democrats a larger victory than most had predicted, and with it, the majority. The right Democratic presidential nominee could capitalize on that.And who is that? As often as Warren and her like-styled cohorts were mentioned as easy Trump foils, former Vice President Joe Biden was cited as among the few Democrats who many Republicans believe might dispatch the incumbent with relative ease. Is Biden progressive? Absolutely. Gaffe-prone? Duh. But he is the antithesis of Trump, with the added benefit that he’s been vetted before, and passed muster. “He wreaks calmness and normalcy, which I feel like people crave over the chaos of the Trump administration,” a Republican strategist headquartered in the Southwest said.“One of the main disasters to avoid is to think 2016 is like 2020,” the Republican strategist based in the Southwest explained. “Trump got lucky and people held their nose against Clinton. That’s not likely to happen this time.”The problem for Republicans, lamented a seasoned G.O.P. hand in Washington, is that despite the challenges the Democrats face heading into the next election—a crowded and divisive primary and a restless base not necessarily uninterested in nominating calm, competent, and normal—“is that the Trump apologists won’t put the blame where it belongs and are burying their heads in the sand.”[S]ome dismiss Senator Kamala Harris of California as another radical progressive who isn’t ready for Prime Time, even if she’s right out of central casting for Democratic presidential contenders. Others see in her a shrewd operator who could realistically win the nomination and put Trump on defense the same way House Democrats put House Republicans in a bind in the midterm elections.It’s much the same for Michael Bloomberg, the billionaire media mogul and former mayor of New York City. Here’s a politician with a large enough personal fortune to outspend Trump and the Republican National Committee put together, and the wiliness to overcome his shortcomings. But some Republicans are unimpressed, . . .
Then there are those Republican power brokers who, amid fretting about what might happen down ticket in 2020, neither fear the formidable Democrats nor welcome the weaklings. “Fear is an interesting word because I fucking hate Trump so much,” a Republican consigliere said. “I certainly wouldn’t be sorry to see him lose.”

Posted by Michael-in-Norfolk at Tuesday, January 01, 2019