The Republican Party That is Dead and Gone 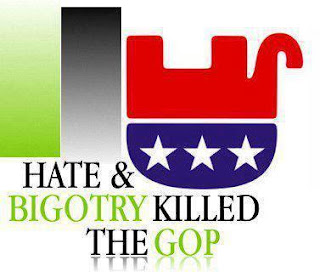 From time to time throughout history nations have faced a point where they have to determine who they are and what they stand for.  An obvious example is 1930's Germany when everyday Germans failed the test and chose evil and depravity.  Now, America stands at a point where a similar decision must be made.  As it now exists, the Republican Party is the enemy of decency, morality and Americans must decide if they will go the way of the 1930's Germans or defeat the GOP and disavow its agenda.  Sadly, the Republican Party was not always a toxic threat.  A piece by Joe Scarborough, a former Republican member of Congress. reminisces about the days when the GOP was responsible and had not become a force that at best shrugs its shoulders at inhumanity towards others.  Scarborough, myself, Steve Schmidt, Jennifer Rubin, and many other former Republicans supported the Republican Party of yesteryear. Now, its defeat is an existential test for Americans as Scarborough notes.  Here are column excerpts:

There was a time when conservatives supported limited government, balanced budgets and less debt. Not so long ago, conservatives also championed free trade, lower tariffs and the spread of democratic institutions across Europe and the world. And yes, conservatives spent the past generation championing an American exceptionalism with values casting our great country as a city shining brightly on a hill for all the world to see.

Ronald Reagan launched his historic 1980 presidential campaign with the Statue of Liberty as his backdrop . He framed America’s relationship with immigration in 1981 this way: “Our nation is a nation of immigrants. More than any other country, our strength comes from our immigrant heritage and our capacity to welcome those from other lands.” Reagan took a position on immigration that most Republicans today would consider heresy, yet voters rewarded him with a decisive victory and a landslide reelection a few years later. Far less popular has been President Trump’s politically toxic policy of ripping children from their mothers’ arms. That depraved stance, adopted as a bargaining chip to use against Democrats, garnered support from only 17 percent of Americans . But it did earn him the antipathy of our closest allies, Pope Francis and every living former first lady . With the incarceration of more than 2,300 infants, toddlers and children unresolved, Trump’s policy of breaking up families remains an open wound on America’s character and a political crisis for the few Republicans who still believe they can salvage November’s midterm elections. A conservative former intelligence operative grimly recounted to me on Thursday how much the handling of these displaced children reminded him of the CIA facilities where terrorists were secretly held and interrogated after the terrorist attacks of Sept. 11, 2001: “This reminds me of our black sites, except we were holding 100 or so adult terrorists for the killing of American citizens. Now 2,300 kids are held in unknown locations with unknown individuals inside and absolutely no outside observation.” [Trump’s] personal cruelty and political ignorance have created a crisis that will kill conservative immigration reform and lead to future Democratic majorities. More troubling is the harsh reality now staring Americans in the face: Their president is a brutish political boss who has cheapened conservatism, sullied the office of the presidency and called into question the very character of a country once seen as the envy of the world. That so many Republicans still support this depraved man and his malignant movement could be the most damning element of this tragic American tale.

When Christian religious extremists and white supremacists are the base of a major political party it underscores that something is seriously wrong with America/Americans.  Each of us has an obligation to reclaim our nation and oppose Trump, Pence, Sessions, Ryan, McConnell and others who are destroying America's soul.  Sitting on the sidelines is not an option.  Inaction equals complicity in evil.
Posted by Michael-in-Norfolk at Friday, June 22, 2018