The Lessons of "Childgate" About Trump and His Supporters 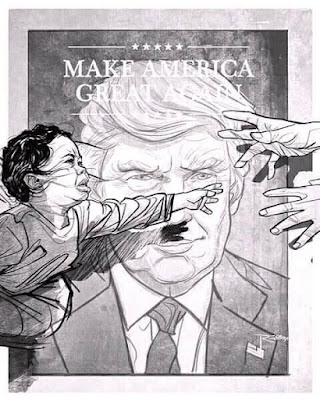 Yesterday morning, former Republican congressman Joe Scarborough stated that Donald Trump is openly racist and by extension, so are his supporters.  Yahoo News provides excerpts of Scarborough's comments with which I am in full agreement:

“You’ve got Charlottesville, where Donald Trump of course defended white supremacists with moral equivalency,” Scarborough said. “Even this year, Donald Trump calling Hispanics ‘breeders.’ Just last week, saying that immigrants coming across the border were, quote, ‘infesting America,’ and no, he wasn’t talking about gang members.”

“[Trump supporters] cannot say, ’Oh, I’m just supporting him because he’s giving them hell in Washington, D.C.,” Scarborough said. “No, he’s been openly racist, just like we said back in December of 2015, openly racist. If you support him, then you’re supporting that, and you are that. It’s that simple. That’s what we’ve come to now.”


In addition to Trump himself and his sycophants, what I find most abhorrent is the attitude of Trump's supporters - some 55% of Republicans per one poll -  who fully support tearing children from their parents.  In the minds of these people, many of whom will part their wide asses in church pews tomorrow morning - brown skin somehow renders one less than human and worthy of horrors they would never want visited on their own children or grandchildren.  Their moral bankruptcy is complete and they need to be shunned and excluded in every way possible by decent moral Americans.  Most upsetting is the reality that many of the immigrant children ripped from their parents may never see their parents again given the incompetence of Trump's stooges and henchmen.  A column in the New York Times looks at this horrible reality.  Here are excerpts:


In the early days of Donald Trump’s regime, Benjamin Wittes, editor of the Lawfare blog, coined an oft-repeated phrase about the president’s first, slapdash Muslim ban: “malevolence tempered by incompetence.” It’s a useful formulation; Trump’s fascist instincts would be much more dangerous if he had the discipline to pursue them systematically instead of spasmodically.

Yet sometimes Trump’s incompetence and malevolence are not at cross-purposes; instead, there’s a multiplier effect. This was true of the White House’s catastrophically inadequate response to Hurricane Maria in Puerto Rico. And it’s true of the cavalier way the administration took thousands of children from migrant parents with no process in place to reunite them.

On Wednesday, amid a mounting national outcry, Trump signed an executive order purporting to end his administration’s own family separation policy. It’s not clear how lasting the order’s impact will be. Trump wants to replace family separation with indefinite mass family detention, which would run afoul of legal precedent. (On Thursday afternoon, The New York Times reported that the Pentagon was assessing how and where to hold as many as 20,000 migrant children on military bases.)Trump’s executive order said nothing about reuniting children and parents who’ve already been separated. Messages from government agencies have been contradictory. There’s still no clear process for many of these parents to even find out where their kids are, never mind get them back.Even experts are having trouble figuring out what the Trump administration has done with some of these kids. The Times described consular officials from Central America in “crisis mode” as they search for “children as young as 9 months old who did not appear to have been carefully tracked by the federal authorities.” Writing in The Post, an El Paso public defender named Erik Hanshew quoted an incredulous judge: “If someone at the jail takes your wallet, they give you a receipt. They take your kids, and you get nothing? Not even a slip of paper?”Unlike most emergencies, family separation was deliberately engineered by the government, so planning for the aftermath should have been easier. Yet somehow no one appears to have thought to create a database to help parents and children locate each other.

Part of the reason for this failure could be Trump’s indifference to expertise. He appointed E. Scott Lloyd, an anti-abortion activist, to head the Office of Refugee Resettlement, the agency charged with caring for children after they’re separated from their parents. . . . Nothing in his background indicates an ability to handle the sort of complex logistical and humanitarian challenge he’s now presented with.

On Friday, the A.C.L.U., which has sued to stop family separations, is meeting with a judge in the case to discuss the implications of Trump’s executive order. A.C.L.U. lawyer Lee Gelernt told me they planned to ask for an injunction ordering immediate family reunification. “The government’s efforts are ridiculous,” he said.

When it comes to North Korea, it’s in most of our interests to play along with Trump’s Potemkin diplomacy, since as long as Trump thinks he’s solved a global problem, he won’t want to start a nuclear war. But no one should pretend that the family separation disaster is even close to being resolved until every family Trump thoughtlessly tore apart is back together.

On Thursday, the first lady, Melania Trump, visited a facility housing migrant children near the border. Inexplicably, as she boarded her flight to Texas, she wore a jacket that said on the back, in large white letters, “I Really Don’t Care. Do U?” It’s hard to tell whether incompetence or malevolence was behind her choice, but we should take her sartorial taunt as a challenge. Nationwide demonstrations against the president’s family separation policy are planned for June 30. Trump’s executive order hasn’t made them any less necessary.

Never in my lifetime have I been so ashamed to be an American. Trump and his supporters must be defeated.  All of us must act to make this happen. 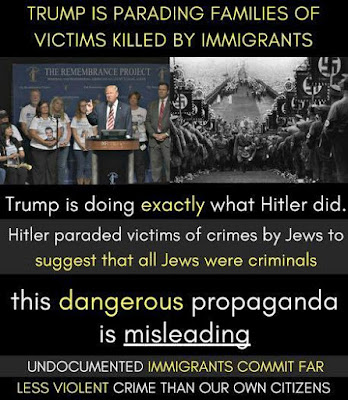