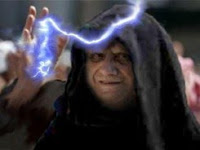 Even as the bitter old queens in dresses at the Vatican and bishoprics around the USA continue their anti-gay jihad and work to deprive LGBT citizens of civil legal rights, the Church is spiraling downward in Europe where more and more details of the toxic cesspool which is today's institutional Church come to light. The irony is that Benedict XVI supposedly had a goal of reviving Catholicism in Europe whereas in fact the lies, cover ups, and enabling of predator priests in which he played such a considerable part may well be the death knell for the Church in Europe - and deservedly so. The New York Times and Rueters both have coverage that shows the extent of the moral decay in the Church's leadership and just how vast the sexual abuse of children and youths was and is by corps of pedophiles who found refuge within the ranks of the priesthood. First, details from the New York Times on a new shocking (well, shocking to some, but what I expected) report from The Netherlands:
*
The Roman Catholic Church, battered by sexual abuse scandals from the United States to Belgium, is facing a new set of damaging allegations in the Netherlands. Figures released Thursday by an investigative commission showed that almost 2,000 people had made complaints of sexual or physical abuse against the church, in a country with only four million Catholics.
*
Asked in March on television about the hundreds of complaints already surfacing, one of the church’s most senior figures, Cardinal Adrianus Simonis, shocked the nation by replying not in Dutch but in German. “Wir haben es nicht gewusst” — We knew nothing — he said, using a phrase associated with Nazi excuses after World War II.
*
[A] commission headed by Wim Deetman, a Protestant and former education minister, said it had received roughly 1,975 reports of sexual or physical abuse, some directly but others through a body set up for victims, called Hulp en Recht, or Help and Justice. One central accusation in the Netherlands is that, as in other countries, known abusers were simply transferred to new parishes.
*
But the rot, moral bankruptcy and pattern of cover ups and utter disregard for the weebeing of children and youth extends well beyond the boundaries of The Netherlands. Here are higlights from Rueters:
*
Here are some details of the major developments in the Roman Catholic Church scandals in Europe this year.
*
* AUSTRIA:*
-- Aug 10 - A record 100,000 Austrians expected to leave the Catholic Church in 2010 because of sexual abuse scandals rocking the Church in Europe, a newspaper reports.
*
-- June 28 - Pope Benedict rebukes Vienna Cardinal Christoph Schoenborn for accusing a senior Vatican official, Cardinal Angelo Sodano, of covering up sexual abuse cases.
*
BELGIUM:
*
-- Sept 10 - Widespread child sexual abuse in Belgian Church drove at least 13 victims to suicide, a Church commission reports. Of the 475 cases it recorded, two-thirds of the victims were male, with boys aged about 12 most vulnerable.
*
-- April 23 - Bruges Bishop Roger Vangheluwe resigns and goes into hiding after admitting he had sexually abused his own nephew for years.
*
* BRITAIN:
*
-- April 22 - Bishops in England and Wales apologize for abuse cases worldwide, saying "terrible crimes" had been committed and Church response has been mostly inadequate. The local Church had a series of scandals about a decade ago but introduced reforms since then.
*
* GERMANY:
*
-- Dec 3 - Munich archdiocese inquiry reports that at least 159 priests were involved in or suspected of sexual abuse cases from 1945 to 2009 and 26 had been tried and found guilty. It says there were probably more cases that had been hushed up or whose files had been destroyed.
*
-- June 24 - Former Augsburg Bishop Walter Mixa gives up his fight to be reinstated after resigning in April amid allegations of physical abuse of minors, homosexual advances to seminarians and misusing Church funds. Mixa accuses fellow bishops of tricking the Vatican into accepting his initial resignation.
*
-- May 27 - Jesuit investigation cites 205 allegations of sexual abuse against priests at Jesuit schools in Germany, revealing decades of systematic abuse and cover-ups by the order.
*
* IRELAND:
*
-- Pope Benedict holds crisis talks with 24 Irish bishops at the Vatican after two government-commissioned reports in 2009 exposed widespread physical and sexual abuse of minors in Church-run institutions and systematic cover-ups by the local hierarchy of abuse by priests.
*
* ITALY:
*
-- Italy has had dozens of cases of clerical sexual abuse involving about 80 priests over the past decade, a priest who runs an anti-pedophilia organization tells Vatican Radio
*
* SWITZERLAND:
*
-- Swiss bishops say they received reports between January and May of 72 perpetrators abusing 104 victims, up from 14 perpetrators and 15 victims in 2009.
*
Indeed, sexual abuse and cover ups prove to be a systemic pattern all across Europe - and indeed the world. Why does anyone continue to give an ounce of deference to the morally bankrupt monsters who comprise the Church's leadership?
Posted by Michael-in-Norfolk at Friday, December 10, 2010