Another Reason to Avoid Donating to The Salvation Army 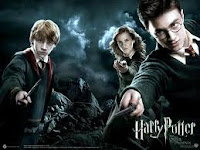 People are sometimes aghast when they hear me advocate not donating a single penny to the Salvation Army ("SA") and need to be educated on the intense homophobia of that organization's leadership and policies. In truth, the SA is an extremist religious organization as further demonstrated by the news that it throws away donated toys it doesn't like. Two specifically targeted groups of toys are those that pertain to Harry Potter and Twilight. It seems the godly Christians at SA cannot differentiate between simple childhood fun and fantasy and and serious demonic ritual. This obsession says far more about the mental instability of the SA leadership than it does about anything else. One would think the SA would show some respect for toys donated after being purchased with someone's hard earned money, but such is not the case. Rather than give the supposedly objectionable toys to a not nutcase charity, the SA sends the donations to the garbage and landfill - a destination more appropriate for the SA itself. Bob Felton at Civil Commotion aptly describe the situation this way:
*
Bottom line: Some well-intended fool wastes his money on gifts destined to never even be opened, the kids go without — but some pole-up-his-butt soldier for Jesus gets to celebrate his own stringent virtue.
*
Personally, I see the increasing insanity of the Christian Taliban as a clear and present danger to a rational, future embracing society. Here are highlights from the Edmontson Sun:
*
The Salvation Army says it refuses to distribute Harry Potter and Twilight toys collected for needy children because they're incompatible with the charity's Christian beliefs.
*
The policy has alarmed a Calgarian who volunteered to sift through a southeast warehouse full of unused, donated items and was alarmed when he was told by Salvation Army officials that the two kinds of toys are "disposed of" and not given to other charities.
*
"I was told to withhold a six-inch Harry Potter figure, but when I picked up a plastic M-16, I was told, 'That's for the 10-year-olds,'" he said. "I was shocked...war-themed toys and toys from TV shows and movies with far more violence than Harry Potter and these were considered appropriate toys?" The Sally Ann refuses to distribute the Twilight and Harry Potter toys because of their wizardry, vampire and werewolf content, said Capt. Pam Goodyear.
*
The world will be a better place when ignorant and bigoted organizations like the SA wither away and die. There's more than enough hate and bigotry in the world without it being further propagated by religious extremists like the SA.
Posted by Michael-in-Norfolk at Friday, December 10, 2010