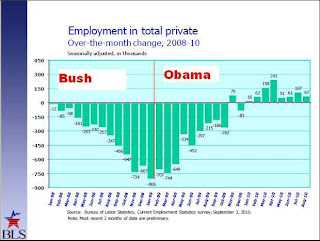 In a strange twist, Nicholas Kristof, a conservative, looks at the soaring economic disparity in the USA in a column in the New York Times. What makes Kristof's column bizarre is that the phenomenon he laments has been fueled in large part by the policies so loved by his fellow Republicans. As more and more Americans are struggling to survive financially, the wealthiest 1% are sucking up more and more of the nations wealth. Now this 1% of the population holds 24% of the wealth. It is troubling that as much of the world becomes more progressive and supportive of the ideals supposedly set forth in America's founding documents, this nation is sliding backwards. Both in terms of individual liberties, the separation of church and state, and in economic well being. We hear the rich and Republicans whine that we can't mess with health care because it might ruin the best health care system in the world. They omit, of course that it's the best system only if one is wealth and has a Rolls Royce health insurance plan. The rest of us are increasingly f*cked. Here are highlights from Kristof's disturbing column:
*
In my reporting, I regularly travel to banana republics notorious for their inequality. In some of these plutocracies, the richest 1 percent of the population gobbles up 20 percent of the national pie. But guess what? You no longer need to travel to distant and dangerous countries to observe such rapacious inequality. We now have it right here at home — and in the aftermath of Tuesday’s election, it may get worse.

The richest 1 percent of Americans now take home almost 24 percent of income . . .
the United States now arguably has a more unequal distribution of wealth than traditional banana republics like Nicaragua, Venezuela and Guyana.
*
Perhaps the most astounding statistic is this: From 1980 to 2005, more than four-fifths of the total increase in American incomes went to the richest 1 percent.
*
That’s the backdrop for one of the first big postelection fights in Washington — how far to extend the Bush tax cuts to the most affluent 2 percent of Americans. Both parties agree on extending tax cuts on the first $250,000 of incomes, even for billionaires. Republicans would also cut taxes above that. The richest 0.1 percent of taxpayers would get a tax cut of $61,000 from President Obama. They would get $370,000 from Republicans, according to the nonpartisan Tax Policy Center.
*
Is our economic priority the jobless, or is it zillionaires? And if Republicans are worried about long-term budget deficits, a reasonable concern, why are they insistent on two steps that nonpartisan economists say would worsen the deficits by more than $800 billion over a decade — cutting taxes for the most opulent, and repealing health care reform? What other programs would they cut to make up the lost $800 billion in revenue?
*
Robert H. Frank of Cornell University, Adam Seth Levine of Vanderbilt University, and Oege Dijk of the European University Institute recently wrote a fascinating paper suggesting that inequality leads to more financial distress.
*
Economic polarization also shatters our sense of national union and common purpose, fostering political polarization as well. So in this postelection landscape, let’s not aggravate income gaps that already would make a Latin American caudillo proud. To me, we’ve reached a banana republic point where our inequality has become both economically unhealthy and morally repugnant.
Posted by Michael-in-Norfolk at Sunday, November 07, 2010