Focus on the Family Takes Over "Day of Truth" Lie 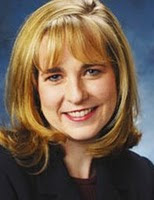 One thing that can be always counted on when it comes to Focus on the Family (FOTF") is that its propaganda against gays will be toxic and that it will always be based on lies and untruths. Sadly, it is all to typical of alleged "family values" and professional Christian organizations which have apparently excised the Commandment against lying and bearing false witness from the Ten Commandments. Earlier this year Exodus International - itself not exactly an organization known for truth and veracity - dropped the promotion of the so-called :Day of Truth" which is the Christianist response to the "Day of Silence" that originated at the University of Virginia back in the 1990's and then went nationwide. Exodus' reason for dropping the "Day of Truth" was that it was considered too divisive and insensitive in the wake of the much publicized gay teen suicides. Hence, enter FOTF which I personally believe savors and feels a sense of triumph with each gay teen who dies at their own hand, unable to tolerate the hate and abuse their experience due to the efforts of FOTF, the Mormon Church, Roman Catholic Church and Southern Baptist Convention - all of which have a great deal of blood on their hands. FOTF is changing the name of the effort to "Day of Dialogue," but do not be fooled by this attempted slight of hand. My blogger friend Jeremy Hooper true to form goes after FOTF and is lying spokeswoman, Candi Cushman, pictured above, for its/her foul hypocrisy and untruthfulness. Here are some highlights:
*
"Day of Dialogue"? Of course that's what they're calling it. Because this matches perfectly with the new "nicer, softer" strategy that Focus on the Family executives have been trying to cultivate in the days post-Dobson (and that less image-focused "pro-family" peeps have been calling out ever since).
*
But here's the thing: Just yesterday -- JUST. YESTERDAY! -- we saw FoTF's schools official, Candi Cushman, pushing an article that called on Christian students to see their gay classmates as "messed up sexually." As embracing "sexual brokenness." As in need of "change." There is no room for dialogue there! At the end of the day, Focus on the Family is still pushing anti-scientific "ex-gay" rhetoric that wishes to put wholly unbacked, entirely faith-based teachings on the same level as credible, peer-reviewed information. In America's PUBLIC SCHOOLS, they wish to do this. They want us to "agree to disagree," in a conversation where we are we are saying that the millions of the LGBT people who make up this planet are normal parts of the world's spectrum, while they continue to say, "No, I don't think so, sorry. But I'll pray for you."
*
The new version of Focus on the Family is all about telling us that they are more modern and less divisive. Telling us that their new leader is less into anti-gay politicking and more into conversation. Telling the public that the controversial religious right is gone for good. That the Dobson boat has sailed, and less choppy waters are ahead. It's all hollow. And in many ways: It's more dangerous.
*
Like Maggie Gallagher (and Victoria Cobb at FOTF's Virginia affiliate, The Family Foundation), Candi Cushman makes the sleaziest, nastiest whore look down right reputable. Their stock in trade is lies, bigotry and hatred and, if there is a God, one can only hope there's a special place in Hell for such vile and dishonest individuals.
Posted by Michael-in-Norfolk at Friday, November 12, 2010