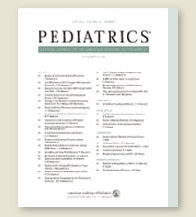 San Francisco State University's Family Acceptance Project has released a new report which is highlighted in Pediatrics, the official journal of the American Academy of Pediatrics (AAP), that looks at the effects of parental rejection on LGBT youth. I have actually had a copy of this new study entitled "Family Rejection as a Predictor of Negative Health Outcomes in White and Latino Lesbian, Gay, and Bisexual Young Adults" for nearly two weeks but it was embargoed until 12:01 am today. The findings are in many ways what one would expect - namely, that negative family reactions to youth sexual orientation often has very negative consequences, including increased rates of suicide, depression, and/or drug use - but it is nonetheless helpful to have a legitimate study to backup what should seem obvious. Based on individuals I have met, it is often easy to see precisely the adverse outcomes described in the study report. Here are some highlights:
*
The results of this study show that negative family reactions to an adolescent’s sexual orientation are associated with negative health problems in LGB young adults. As such, this study provides empirical evidence to begin addressing long-standing questions about the precursors of high levels of risk consistently documented in studies of LGB youth and young adults. Because families play such a critical role in child and adolescent development, it is not surprising that adverse, punitive, and traumatic reactions from parents and caregivers in response to their children’s LGB identity would have such a negative influence on their risk behaviors and health status as young adults.
*
LGB young people from families with no or low levels of rejection are at significantly lower risk than those from highly rejecting families related to depression, suicidality, illicit substance use, and risky sexual behavior. So helping families identify and reduce specific rejecting behaviors is integral to helping prevent health and mental health problems for LGB young people.
*
The current study also has important implications for identifying youth at risk for family violence and for being ejected from their homes or placed in custodial care because of their LGB identity. LGB youth are overrepresented in foster care, juvenile detention, and among homeless youth. Moreover, conflict related to the adolescent’s sexual and gender identity is a primary cause of ejection or removal from the home.*
*
Specifically, the study found that lesbian, gay, and bisexual young adults who reported high levels of family rejection during adolescence were:
• 8.4 times more likely to report attempting suicide
• 5.9 times more likely to report high levels of depression
• 3.4 times more likely to report illegal drug use
• 3.4 times more likely to report having engaged in unprotected sexual intercourse.
*
The clear import of the study is that Christianist and homophobic parents who reject their LGBT children - and professional "Christians" like James Dobson who market anti-gay hate - have much responsibility on their hands for the adverse consequence that their children and LGBT youth come to suffer. Obviously, loving and truly Christian parents would not reject their children, but then these types of parents aren't truly Christian in the first place.
Posted by Michael-in-Norfolk at Monday, December 29, 2008

I heard about this on NPR All Things Considered this afternoon.

AMEN! I hope this program is expanded nation wide. I pray more parents read this!