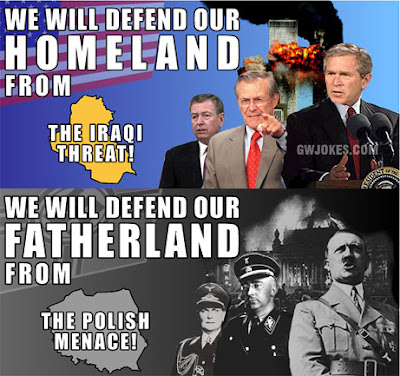 It is nice to know that in the supposedly land of the free that American citizens have less and less privacy. This article from the Washington Post is downright scary and one can only wonder whether or not the Chimperator's regime knows the number of times you use the toilet. It is getting more and more like a police state here. (http://www.washingtonpost.com/wp-dyn/content/article/2007/09/21/AR2007092102347_pf.html). Here are some highlights:
The U.S. government is collecting electronic records on the travel habits of millions of Americans who fly, drive or take cruises abroad, retaining data on the persons with whom they travel or plan to stay, the personal items they carry during their journeys, and even the books that travelers have carried, according to documents obtained by a group of civil liberties advocates and statements by government officials.
Officials say the records, which are analyzed by the department's Automated Targeting System, help border officials distinguish potential terrorists from innocent people entering the country. But new details about the information being retained suggest that the government is monitoring the personal habits of travelers more closely than it has previously acknowledged. The details were learned when a group of activists requested copies of official records on their own travel. Those records included a description of a book on marijuana that one of them carried and small flashlights bearing the symbol of a marijuana leaf.
Officials yesterday defended the retention of highly personal data on travelers not involved in or linked to any violations of the law. But civil liberties advocates have alleged that the type of information preserved by the department raises alarms about the government's ability to intrude into the lives of ordinary people. The millions of travelers whose records are kept by the government are generally unaware of what their records say, and the government has not created an effective mechanism for reviewing the data and correcting any errors, activists said. The activists alleged that the data collection effort, as carried out now, violates the Privacy Act, which bars the gathering of data related to Americans' exercise of their First Amendment rights, such as their choice of reading material or persons with whom to associate. They also expressed concern that such personal data could one day be used to impede their right to travel.
Posted by Michael-in-Norfolk at Sunday, September 23, 2007