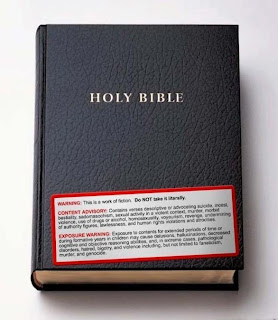 As if there are not already enough fundamentalist nut cases in the world - e.g., Iranian President Mahmoud Ahmadinejad - the American Taliban is busy training more self-righteous, self-satisfied bigots to go on the attack against LGBT civil rights. Who cares about the poor, starving and homeless when you can get off bashing gay citizens. Here is a 365gay.com story on one such training effort in Florida (http://www.365gay.com/Newscon07/09/092307xrt.htm):

(Brandon, Florida) Headed into the 2008 election season, Christian conservatives are weary. Their movement has lost iconic leaders and the Republican presidential field is uninspiring. But they may have found hope in a trailer on the campus of Bell Shoals Baptist Church. There, in Annex Room No. 3, Ruth Klingman nods as a leader in Florida's pro-family movement describes how gay marriage would open the door to other "aberrant forms of marriage." He holds up a printout of "polygamy pot lucks" as evidence. Yes, Klingman says afterward, she will do her part to pass a constitutional amendment cementing marriage as a union between one man and one woman in this presidential swing state. The first Family Impact Summit had minted a new activist.
Organized by a scarcely known Tampa-area Christian group and ending Saturday, the summit sounded a back-to-basics theme: that evangelicals are called to be active citizens to combat threats from the left; that the work must involve not just national advocacy groups but local people and pastors; and the fight requires patience and persistence.

The next marriage battleground is likely here in Florida. In the workshop that won Klingman over, John Stemberger of the Florida Family Policy Council described the particulars: volunteers have collected 597,702 verified signatures toward the 611,009 needed to get an anti-gay marriage amendment on the fall 2008 ballot. Mark Rozell, a professor of public policy at George Mason University, said state and local groups tend to stick close to social issues that please religious conservatives. Many in the movement wrote off the national Christian Coalition as just another mainstream GOP group vying for power after it got involved in foreign policy and tax cuts, he said. "Even if these local groups merely exist for one election cycle and go out of existence, they can still have a real impact turning people out to vote," Rozell said.

A Pew Forum on Religion and Public Life survey this month showed white evangelical Protestants are the only major group that considers social issues like abortion and gay marriage very important to '08 presidential decision-making. But even among that voting bloc, social issues trailed the Iraq war, the economy and other domestic issues.
Posted by Michael-in-Norfolk at Monday, September 24, 2007